A Chairmanship candidate under the platform of All Progressive Grand Alliance (APGA) in Riyom Local Government Area of Plateau State, Hon. Emmanuel Danboyi Jugul, in the forthcoming Local Government Elections in the State, has decried the shifting of the election date from 7th, December, 2013 to 21st, December, 2013, describing it as a deliberate ploy by the ruling PDP to rig the elections. 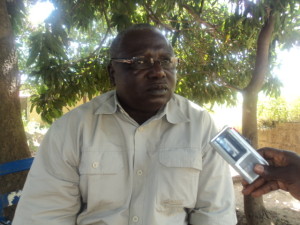 Hon Jugul stated this on Monday  in a chat withAfrican Examiner ’s correspondent in Jos.

According to him, “I’m not happy with the shifting of the date for Local Government elections; this is a sign that the ruling party is geared towards the usual rigging tactics.

The APGA Chieftain maintained that, “By shifting the date forward, in itself is rigging, because you have told the people that this is the day for elections and they have prepared their minds towards that date and are ready for the election and just from nowhere you changed it.”

Lamenting further that, bringing the elections close to Christmas is a deliberate attempt to disenfranchise the electorate, “People would be preparing for Christmas, so how can they prepare for elections? He asked.

The former lawmaker further decried that, “I think they just want to divert the attention of people, while they are marrying, then they can manipulate the election, to be honest the 21st, December, 2013, is not a suitable date for me.

Speaking on why he defected to APGA, the former lawmaker, who served his two terms in the State House of Assembly under the platform of the PDP from 2003 – 2011, said he joined APGA to liberate his people from the shackles of poverty.

Adding that, “I want to assure you that if you give Emmanuel Danboyi Jugul six months as the Chairman of Riyom Local Government, you will never hear of any crisis in the council again, because I interact with any tribe, be it Ganawuri, Fulani, Hausa, Berom, Igbos and others, if you relate well with them, there will be peace.”

He explained that, “When I was a member of the House, which is not an executive position, I sited at least a project in all the seventeen wards in the local government, that informed the decision of the populace to ask me to come out and lead them, and they even paid for my nomination form.”

It would be recalled that about a fortnight ago, the Plateau State Independent Electoral Commission (PLASIEC) has shifted the election, not given any clear reason, but said due to unforeseen hindrance from its office. 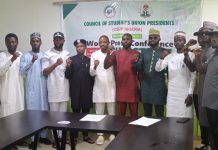 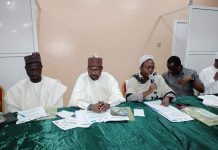 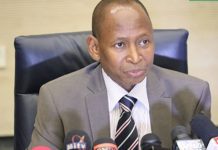