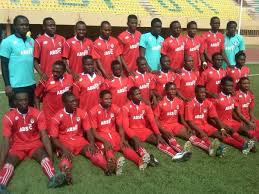 A statement by the club’s spokesman Jimoh Bashir said the decision to effect the change was taken after a meeting with the new Chairman and the General Manager of the club, Alloy Chukwuemeka in Lagos over the weekend.

Following the development, the Senate President remains the Proprietor of the Club, while Mr Seni Saraki assumes duty as the Chairman, with the incumbent General Manager Alloy Chukwuemeka retaining his position.

ABS FC is a privately owned football franchise in the NNL, and is owned by Senator Abubakar Bukola Saraki, who represents Kwara Central Senatorial district in the Upper Chamber of the National Assembly.

The outfit was introduced into the footballing market to empower the youth, and give them the opportunity to exhibit their God given talents. The platform was also introduced to add value to the development of the round leather game.

The statement added that the new Chairman, Mr Seni Saraki has assured that necessary incentives and expertise would be provided to make the club a more professional side in line with the vision of establishing the club.

He assured the players and officials of better deals, while he also pledged that their welfare would be accorded the required priority to allow them deliver their best to club.

He charged them to be focused, disciplined and work towards getting a promotion ticket at the end of the on-going season.

The change in leadership was to give the club maximum and required attention it needed, especially as it plans to return to league.