By Nuel Suji – Deputy President of the Senate Ike Ekweremadu on Wednesday urged President Muhammadu Buhari to rejig cabinet by appointing economists into the positions of Budget and National Planning as well as ministry of finance, to lead the country out of recession.

Specifically, Ekweremadu called for the sack of Ministers of Finance, Kemi Adeosun and the Minister of Budget and National Planning, Udoma Udo Udoma, who according to him lack the required expertise and professional qualifications to manage the economy, 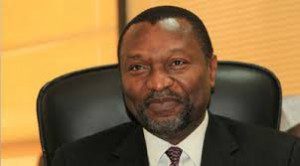 The Deputy President of the Senate was contributing to debate on the state of the nation’s economy, said selling assets from our oil investment for quick capital in tackling the recession will put the country in messier economic situation.

According to him, the Minister of Budget and National Planning, Udoma Udo Udoma, a lawyer by profession, would do better if posted to a ministry relevant to his profession as well as the Finance Minister, Kemi Adeosun, an Accountant and not economist.

“The president needs to look at his cabinet. He has to put square pegs in square holes. Your Excellency, distinguished colleagues, Udo Udoma is my friend, an accomplished lawyer for that matter but in fairness to him I believe he can do better in another ministry especially like trade and investment certainly not Budget and Planning” he said.

Arguing further that, “The minister for finance can do much better in another ministry. At this critical time, we need somebody who is more experienced to man the ministry of finance so that he can be able to coordinate the strategies for this recovery.

“I have heard about the issue of selling of our assets. I need to caution that other countries are not doing the same. UAE does not even allow you to the oil wells talk less of selling them. And of course a country like Saudi Arabia their budget each year is run by investments from their oil revenue not even the air while other countries are investing and with all the investments we have and am sure we will not be fair to the next generation.

“So, if we must sell we have to sell the non-performing assets so that people can turn them around and create employment. We need to amend section 162 especially from 3,4,5,6 where each money in the federation account is enjoined to be shared among the other levels of government”

He further said it had become imperative for the federal government to renegotiate its agreements with oil majors with a view to increasing what accrues to the government from their operations.

He said the federal government needs to build confidence by not blowing the war against corruption out of proportion thereby discouraging potential investors who wants to establish businesses in the country.

“We need to prevent corruption and not wait for it to take place first before fighting it,” he said.

On the long term solutions, according to the Deputy Senate President, there is need to restructure the country by devolving powers to the states and local governments and that the President should takes steps to unify the nation by making his voice heard across the country through visit to states instead of ministers organizing town hall meetings.

He also stated that Federal Government should sell off non-performing assets as well as amend the constitution to give the federal government the legal backing to save some percentage of the nation’s revenues against the raining day.

Some senators also spoke along that line.

Senate Leader, Senator Ali Ndume had opened the debate by giving his colleagues a general overview of the recession, pointing out that the recession affects most countries that depend largely on oil revenue for their sustenance and not peculiar to Nigeria alone.

Senator Shehu Sani in his contribution said there is need to chart a new national direction. He decried over-dependence on one source of revenue for too long saying there is need for urgent diversification of the economy.

Senator John Enoh called on his colleagues to put politics aside and think for the country on how to solve the recession through new direction and initiatives.

He said the recession was painful as it is providing an opportunity for the country to re-strategize and move forward. “Let government increase spending. The economy has contracted but deficit spending will make sure the economy does not suffer,” Enoh said.

The lawmaker further called on the federal government to provide guarantees for depositor’s funds in the various banks to prevent Nigerians from running to the banks to withdraw their deposits due to lack of confidence.

He called for board of federal government agencies to be immediately constituted by the executive   as a confidence building measure.

Senator representing Kogi West, Dino Melaye noted that hunger and poverty do not recognize nor respect political parties or religious affiliations. “Let us put politics aside because ourbolekeja approach to thisboju-boju economics will not help us,” he said.

Sen. Melaye called for more concerted efforts to attract Foreign Direct Investments (FDIs), blocking of leakages and dialogue with the Niger Delta Avengers. Senators Peter Nwaoboshi, Francis Ailimikhena and Mao Ohunabunwa also agreed with Melaye in the employment of dialogue to rein in the Niger Delta militants who are destroying pipelines and thereby drastically reducing the revenue inflow to the federal government.

Melaye further reiterated the need for strategic ministries and agencies of government to be manned by competent and experienced Nigerians.

He called on the Senate President to personally take the resolutions of the Senate after the debate to the President.

Senator George Akume cautioned against the calls for the sale of federal government assets “since the Governor of the Central Bank of Nigeria (CBN), Mr. Godwin Emefiele has said the country would come out of recession in the fourth quarter.”

He urged the Federal Government to recover the over $50billion foreign reserve accumulated by ex-President Olusegun Obasanjo but which was allegedly looted during the last administration.

Also, senator George Akume (APC Benue North West), in his own contribution, argued against sale of national asset, alleging that those calling for it, are planning to buy them.

He said selling the assets at this time when oil price had crashed, would put the government in a difficult situation of giving them out at very cheap price.

“The thing is very straight: there is a buyer market and there is a seller market, if we want to dispose of your oil assets at this time when the price of oil has crashed, precisely how much are you going to realize? “We are making a mistake here. What we are intending to do is very unpatriotically ensure that those who are within the bracket of the stolen dollars will still come to buy.

“I believe that this is not the time to strip these assets. Fortunately, the CBN governor made a very powerful statement that the worst days of the recession are over and therefore we have to look elsewhere and not sell our assets. We should rather focus on industrialisation through agriculture and try to revamp this economy’, he said.

Senate President, Dr. Abubakar Bukola Saraki thanked his colleagues for being nationalistic and patriotic in their contributions and said the Senate will further take a look at the recommendations after conclusion of debate before coming up with a formal resolution today