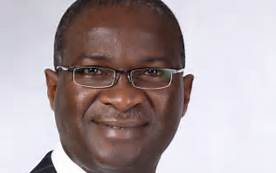 By Nuel Suji – The Senate on Tuesday urged President Muhammadu Buhari to, as a matter of urgency, separate the Power Ministry from Works and Housing currently headed by former Lagos governor, Babatunde Fashola, to address the seeming lack of progress in the sectors.

Senators directed the Buhari-led government to separate the Ministry and each to be headed by its separate minister.

This, the senate said would help in ensuring due attention to the power sector by individual minister appointed to man these very critical Ministry ..

Senate’s resolution followed the adoption of an additional prayer to a motion sponsored by Senator Mustapha Bukar ( APC Katsina North) on the need to establish and delegate Special Purpose Vehicles to execute and operate Major Power Sector Development Projects in the country.

In the additional prayer to the motion, moved by the Deputy Whip of the Senate, Senator Francis Alimekhena ( APC Edo North) and seconded by Senator Abiodun Olujimi ( PDP Ekiti South), the Senate urged the federal government to appoint separate minister for Ministry of Power to ensure concentration on required work to be done in solving the problem of epileptic power supply in the country  .

Many of the senators who contributed to debate on the main motion moved, complained that merging the ministry with two others under the supervision of a minister in person of Fashola contributed to the delay in getting the problem solved within the last two years due to attendant cumbersomeness of work on the part of the minister and lack of concentration on  the very urgent work to be done.

He said: “We are working toward ensuring that these concerns that have been raised by this motion were looked into.

“The ministry of power today is combined with works and housing and the thrust of the ministry is to give quality direction. But what we find is that the ministry continues to appropriate these jobs that are specifically meant to be done by agencies under the ministry,

“We are taking measures to see whether we can bring back the ministry back to what it ought to be,”

In his remarks, Deputy President of the Senate, Mr Ike Ekweremadu said every talk about growing the economy would not work unless the power sector was repositioned.

“We need to create a situation where we have energy sufficiency; So long as the private sector depends on private arrangement for energy requirements, the cost of goods will continue to be high especially the ones produced here.

“It is important that we all work toward ensuring power sufficiency in the country and ensure that is sustained,”