By Emmanuel Adesuji, Abuja.A bill seeking to bring development to the nation’s border communities through strengthening of the legal framework that would provide additional source of funding for the Border Communities Development Agency scaled through second reading in Upper Chamber on Tuesday.

According  to the joint committee of the senate and House of Representatives, the agency, in collaboration with the office of the Surveyor-General of the Federation, would identify settlements, villages and towns across 108 local government areas in 21 states that are 15 kilometers from the nation’s borders, for effective policing and massive development. 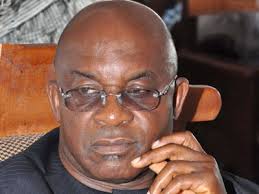 The bill proposed the deduction of at least 20 percent from the Ecological Funds to tackle infrastructure decay, and provide  health facilities, schools, and adequate security arrangements in all the affected communities.

Presenting the report of the Senate Joint Committee on Judiciary,  Human Rights and Legal Matters, and that of Local Government Administration, the Chairman,  Senator Umaru Dahiru, explained that the agency would now be able to discharge its statutory mandate effectively.According to him,  the inhabitants would  enjoy provision of basic amenities,  such as safe drinking water,  electricity, medical care and other infrastructure that would improve their living standards.He said, “The bill also seeks to strengthen our borders so as to reduce the porous nature of our territorial boundaries  in order to check incessant incidences of security challenges as well as human trafficking in the border region.“The situation is so bad now that when given opportunity to choose between their country and the neighbouring countries, it is our modest belief that the inhabitants would prefer to be citizens of those countries which have basic  amenities required for a decent living.“The right to security of life and property of a citizen is universally recognized as an inalienable human right. This is clearly indicated by different instruments of the United Nations Organisation.“Security does not only refer to safety of lives and property but also applies to the ability of government to make available,  basic necessities of life and job opportunities for its citizens. “Other senators who commented on the issue, agreed that the passage of the would be in conformity with the yearnings of the inhabitants of the affected border communities through adequate funding,  which would ultimately translate into provision of infrastructure.