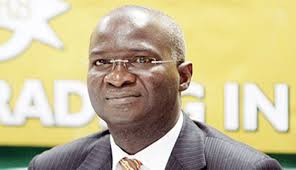 ABUJA: The Senate on Monday screened three ministerial nominees among the 42 submitted by President Mohammadu Buhari.

Fasola, 56, is a former governor of Lagos State and immediate past minister of works, power and housing. He read Law from University of Benin .

Saraki, 54 read Economics at the University of Sussex, UK and served as a senator in the 6th Assembly.

Mahmoud, an environmentalist is a former board chairman of the Universal Basic Education (UBEC) and a former Minority Leader of Kano House of Assembly.

Apart from Fasola who answered some questions concerning condition of the infrastructure in the country, the other two nominees were asked to “take a bow” and leave the hallow chambers on the basis of their legislative background.

President of the Senate, Dr Ahmad Lawan, who presided over Monday’s session described the three nominees as capable of driving the change agenda of President Mohammadu Buhari.

Lawan, who announced at exactly 12:55 pm that the Senate should adjourn till 2:pm also said the remaining six would be screened before close of work on Monday.