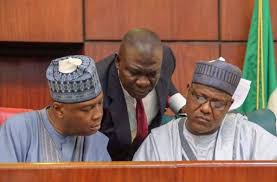 (News Investigators) The National Assembly Tuesday resumed plenary after its 10weeks vacation, even as it adjourned sitting in memory one of its own, Funke Adedoyin, who died early hour of Tuesday

Federal lawmakers from the senator and members of the House of Representatives adjourned plenary over the death of Ms. Adedoyin, a lawmaker in the lower legislative chamber. 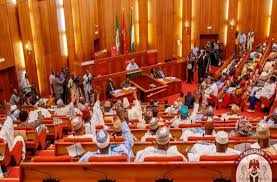 While members of the lower legislative chamber will resume on Thursday, those in the senate would reconvene on Wednesday.

Adedoyin passed on in Abuja on September 28 after fighting with cancer. She was aged 56.

Until her death, she represented Ekiti/Isin/Irepodun/Oke-ero federal constituency of Kwara state in the house.

Adedoyin was one of the lawmakers who defected to the Peoples Democratic Party (PDP) in July.

At both chambers of the national assembly on Tuesday, the senators and representatives observed a one-minute silence in her honour.

Before the upper legislative chamber adjourned, Senate President Bukola Saraki read a letter from President Muhammadu Buhari on his reasons for declining assent to some bills. The amendment of the electoral act was one of the bills rejected by Buhari.

The gallery of the upper legislative chamber was not opened to journalists.

The lawmakers had been on recess since July.