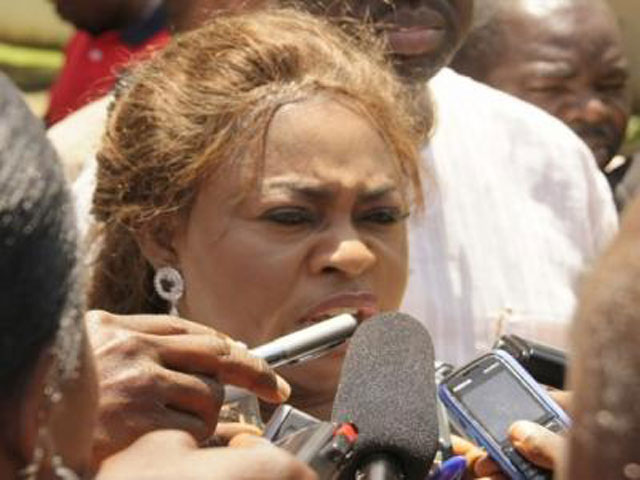 More trouble awaits the embattled minister of Aviation Mrs Stella Oduah as the Senate has uncovered fresh questionable purchases by the Federal Aviation Authority of Nigeria (FAAN) for the embattled Oduah.

Two of the four armoured vehicles are said to be for the Aviation Minister and another two for the Managing Director of FAAN, Mr. George Uriesi while some of the vehicles were allegedly procured for the use of directors of the agency.

He also disclosed that Oduah approved the purchase but added that he did not sign.

The disclosures were made at a Senate public hearing convened to address the crisis in the aviation sector.

The FAAN MD told the Senate panel that the Limousines were bought for N60 million each but he could not however confirm the cost of the Prado jeeps. The vehicles are in the custody of a bank, he said.

However, Uriesi declined to name the bank that funded the purchase of the vehicles as claimed when asked to do so.

The chairman, Senate Committee on Aviation Senator Hope Uzodinma said: “Investigation is still ongoing and it will not be fair for me to pre-empt it.

He stated that FAAN did confirm that among the operational vehicles they purchased, four of them are armoured vehicles, two for the MD and two for the minister.

“And we told them to go back and put everything in writing and make a comprehensive statement on all vehicles purchased. They said that they bought a total number of 202 vehicles for different operations,” Uzodinma reiterated.

Adding: “So until they come back on Monday, we cannot rush into conclusion. The MD of FAAN said they did a funding arrangement with a commercial bank.”

Senator Uzodinma assured of a thorough investigation into extra-budgetary spending by the aviation parastatals: “This investigation will be a very deep one so that, at the end of the day, we do a holistic approach and look at how the sector will be repositioned so that all anomalies will be corrected.”

Meanwhile, the director-general of the Nigeria Metereological  Agency,  Mr Anthony Anuforom;  and his counterpart in the Accident and Investigations Bureau, Captain Muhtar Usman, have disclosed  that their agencies were not involved in the purchase of the controversial N255 million armoured vehicles.