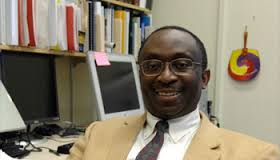 By Sadiq Umar – The Senate on Tuesday dropped Akintunde Akinwande as the Chairman (nominee) of the Board of the Nigerian Electricity Regulatory Commission (NERC), asking President Muhammadu Buhari to send a replacement.

Akinwande, a professor was absent at the Tuesday screening organized by the Senate Committee on Power, Steel Development and Metallurgy.

The Senate Committee, however confirmed the six other nominees as Board members but requested President Buhari to forward replacement for Prof Akinwande.

It would be recalled that Prof Akinwande’s nomination last year was trailed by controversy, especially on his rejection of the nomination.

He later clarified his position, saying he could only accept the appointment after clearance by the authorities of the US University where he presently works.