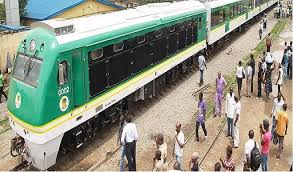 By News Investigators – The Senate on Thursday approved a sum of $1.806bn for the Lagos-Ibadan segment of the Lagos-Kano rail modernization project.

The Senate also approved external borrowing for 10 states totaling $750m for the financing of various projects across the country from the African Development Bank (ADB).

These decisions followed the endorsement of the reports of its Committee on Local and Foreign Debts Chaired by Sen. Shehu Sani (APC, Kaduna) on Thursday.

The committee recommended that “the Senate do approve part of the 2016-2018 External Borrowing (Rolling) Plan as it pertains only to the Lagos-Kano Railway Modernisation Project (Lagos-Ibadan Segment Double Track) and the World Bank supported projects on the reconstruction and rehabilitation of the North-East region totaling $1.806bn.”

It also recommended that the Senate called for immediate negotiation for the Eastern corridor (Port Harcourt-Maiduguri) and submit same for approval by the legislature. It further endorsed for approval by the Senate the Kano-Kaduna Segment, the Coastal Railway Project (Lagos-Calabar Segment) and the Port Harcourt-Maiduguri Line (Eastern corridor) as soon as they had been approved by the Board of China-Exim Bank.

The breakdown of the loans for the states was given as follows: “Abia -$200m for rural access and mobility project; Ebonyi -$70m for Ring road project (to co-financed by Islamic Development Bank); while Enugu, Kano, Plateau and Ondo jointly get $200m for the National Water Urban Sector Reform.

It would be recalled that Acting President Yemi Osinbajo had earlier written to the Senate to seek legislative approval for separation of state projects from the 2016-2018 External Borrowing (Rolling) Plan of the Federal Government which was referred to its Committee on Local and Foreign Debts.

The senate accordingly, adopted the report by the committee which recommended that the requests be granted.

The panel called for effective oversight by relevant Senate committees.

“The projects are special initiatives of the Federal Government which, if and when fully implemented, will contribute to stimulating the economy, enhance development and create both direct and indirect jobs for Nigerians, particularly youths in the concerned states,” the report said.