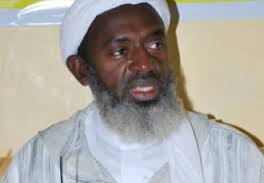 The Senator representing Kogi Central in the Senate and senatorial candidate of Progressive Peoples Alliance (PPA) in the zone, Senator Nurudeen Abatemi-Usman, has condemned the gruesome killing of Sheikh Abdulazeez Sadiq Enyinavi, a highly respected Islamic scholar in Ebiraland.

The revered Islamic don was murdered in cold blood by unknown gun men in Okene on Thursday morning at about 6am while alighting from his car to proceed to the mosque for his special weekly Islamic prayers usually attended by Muslims from within and outside Ebiraland. He was killed alongside his driver and his aide.

In a statement issued by Michael Jegede, the Senator’s Special Assistant on media and publicity, Abatemi-Usman described those behind the killing of the religious leader as heartless and callous, wondering why such a humble, simple and easygoing man, who has positively affected the lives of many in Ebiraland should be sent to his early grave for no just reason.

While commiserating with the family of the Sheikh and that of the two others that were also killed with him, the Senator, who put off his campaign tour for yesterday to mourn and witness the burial of the deceased, said the death of the Islamic teacher, is a great loss to the entire people of Ebiraland and the Muslim community.

He urged the people to remain calm while calling on the security agents to investigate the killing to fish out the culprits and bring them to book so as to serve as deterrent to others, who belong to the group of persons in the society that have no single value for the sanctity of human life.

Warning those involved in such act of wickedness to desist from their evil ways, the Senator said the peace that has come to stay in Kogi Central Senatorial District must be sustained. He stressed that killing and violence cannot take Ebiraland anywhere.

The late Sheikh Abdulazeez owns Markaz School, located at Ege/Iruvuochinomi in Adavi Local Government (LGA), where Senator Abatemi-Usman built three blocks of classroom, toilet and store to support the effort of the Islamic scholar in the advancement of humanity.