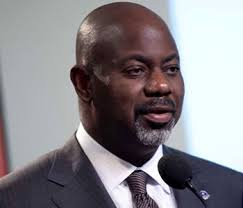 The Governors from the South-South and South-East geo-political zones of the country have resolved to hold a Southern leaders’ summit aimed at boosting economic development in the states and the country.

Speaking to journalists at the end of their meeting in Awka, Anambra state, Cross River Governor Liyel Imoke said the forum agreed that the summit would hold in the first week of January 2014.

But four Governors namely: Rochas Okorocha of Imo, Adams Oshiomhole of Edo, Chibuike Amaechi of Rivers and Seriake Dickson of Bayelsa were not present at the meeting which took place at the Governor’s Lodge yesterday. Neither did they send any representative.

According to Imoke, the governors discussed issues affecting the zone and took resolutions on when next to meet.

He said: “We met today in Awka, we deliberated on issues and took resolutions on issues that will help the development of the zone”, Imoke said, adding that the summit would attract prominent leaders form the zones.”

Imoke said the summit would offer a platform for cross-fertilization of ideas and contributions of input on common needs of the zones and the country with the ultimate aim of engendering economic and other activities that would be to the greater glory of the country.

The governors, “after assessing the state of the nation, reiterated their total support for the administration of President Goodluck Jonathan and called on Nigerians to support him in his efforts and determination to make Nigeria a better place for all,” he said. Adding that, they encouraged Nigerians to promote only those things that would unite the citizens and make the country progress.