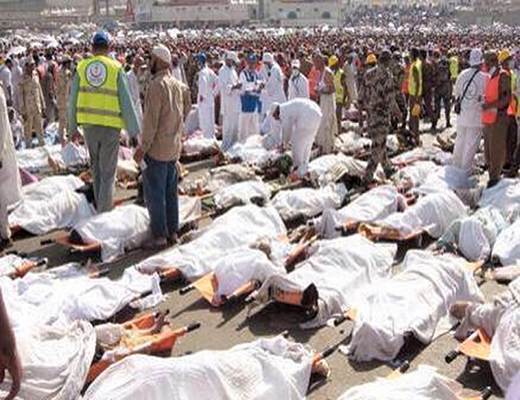 President Muhammadu Buhari has ordered the National Hajj Commission of Nigeria (NAHCON) to urgently provide a confirmed and verifiable on the number of Nigerians that lost their lives in the last Thursday disaster in Mina, Saudi Arabia. 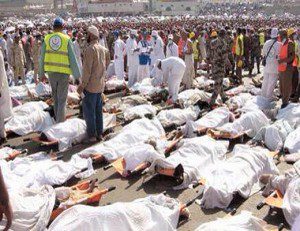 NAHCON is mandated to work with Nigerian Embassy in Saudi, state pilgrim boards, Islamic Organisations and Travel Agencies to determine the exact number of Nigerian casualties in the tragedies that occurred in this years Hajj operation.

Over 786 pilgrims were reported dead in the stampede that occurred last Thursday in Saudi Arabia.

However, the Senior Special Assistant (SSA) on Media and Publicity to the President, Garba Shehu said in a statement on Monday, that the president directed NAHCO to come up with factual figure.

The directive follows conflicting reports on the number Nigerians who died or suffered injuries in the stampede.

The Chairman of the National Hajj Commission of Nigeria, Abdullahi Mukhtar, had disclosed at a news conference on Sunday in Makkah that 54 Nigerian pilgrims died in the Hajj stampede last week, while about 77 others were injured and many are still missing.

The NAHCON chief said most of the victims and the injured are from the following states: Bauchi, Borno, Cross River, Jigawa, Kebbi, Kaduna, Katsina, Nasarawa, Niger, Sokoto, Yobe, Taraba, Zamfara and Ogun.

“42 pilgrims under the State Pilgrims Welfare Boards have been confirmed dead alongside two officials from NAHCON. Also, 12 pilgrims who came in through tour operators died in the stampede too.

“I think 61 state pilgrims welfare boards and 16 from tour operators (Private Hajj Operators) got injured in the stampede. We will update you as the information comes.” the NAHCON chief explained.

“Buhari is very concerned that days after the unfortunate incident, some Nigerian families are still grappling with painful uncertainty over the fate of their relatives who traveled to Saudi Arabia for this year’s Hajj.

“The President expects the National Hajj Commission to work with the various state pilgrim boards, Islamic organisations and private travel agencies involved in Hajj operations to speedily provide a confirmed and verifiable report on the status of every Nigerian pilgrim in Saudi Arabia.”

According to the statement, Buhari also directed the Hajj Commission, the Ministry of Foreign Affairs and the Nigerian Embassy in Saudi Arabia to give all necessary assistance to Nigerians who are still receiving treatment for injuries suffered in Mina.

“He continues to pray that Almighty Allah will receive the souls of the dead, comfort bereaved families, heal the injured and bring all surviving Nigerian pilgrims safely home,” the statement concluded.