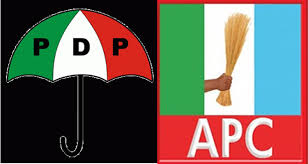 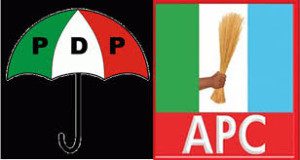 The All Progressive Congress (APC) has expressed shock at the emergence of Sen. Bukola Saraki as President of the Senate of the 8th Session of the Senate.

Sen. Ike Ekweremadu, a PDP Senator from Enugu was also elected Deputy President of the Senate, in line with the last minute alliance forged by the Saraki faction of APC senators and the opposition Peoples Democratic Party.

Saraki emerged unopposed following the absence of his close rival, Sen. Ahmad Lawan who is also the APC preferred candidate for the position of Senate President.

But the National Publicity Secretary of APC, Mr. Lai Mohammed told journalists that the party was as shocked as the members of the press.

Saraki’s election was confirmed by the Clerk to the National Assembly who after taking attendance, called for nomination of candidate for the position of senate president.

The election took place while the APC  leadership and some senators-elect were waiting for President Muhammadu Buhari for a meeting at the International Conference Centre.

The meeting with Buhari turned out to be a decoy that kept the APC-backed Lawan group out of the chamber.