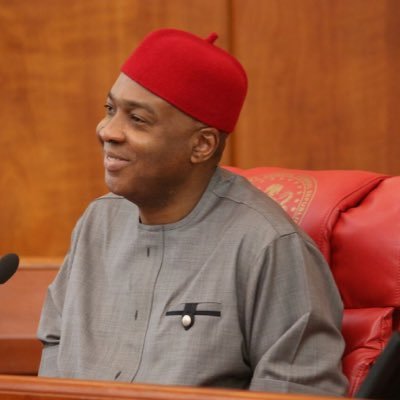 Mr Saraki’s meeting with the former president is coming five-days after similar meeting with another former military Head of State, Ibrahim Babangida at his residence in Minna. 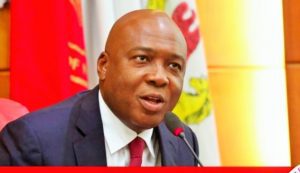 It is not clear what the agenda of the meetings was, it may however not be unconnected with the 2019 elections in which Mr. Saraki is believed to be aspiring to be president.

Both Messrs. Obasanjo and Babangida are believed to be working with opposition against the re-election of President Muhammadu Buhari in 2019.

He was accompanied by his Special Adviser on Media and Publicity, Yusuph Olaniyonu.

When accosted by journalists after the two-hour meeting, the Senate President said he was in Abeokuta on a visit to Obasanjo’s Presidential Library because he missed the commissioning ceremony of the Library.

Mr. Saraki who is currently being pressured by the ruling All Progressive Congress (APC) to resign his position as senate president after defecting to the Peoples Democratic Party (PDP), declined to comment when further asked by journalists to speak on the National Assembly crisis.