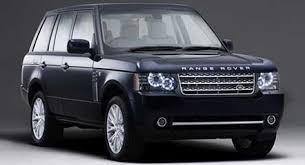 The investigating hearing conducted by Senate Ethics Committee, however, cleared the Senate President of any wrongdoing, following testimonies from the car dealer and importers. 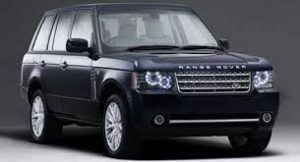 Akindele, who was grilled by the Senate at a public hearing admitted that at the time the customs operatives seized the car when it was being driven from Lagos to Abuja, they discovered that it was cleared by their clearing agents with fake customs papers.

Although, Akindele told the Senate committee his company never knew that the document was fake until the Jeep was seized by Customs.

According to him, he imported the vehicle in October 2015 for Wale Tinubu, the CEO of Oando Oil for official operations, however, the owned later declined to use the vehicle saying that it arrived late and cannot meet up with the purpose for which it was imported.

However, he denied that the car was imported for the Senate President, but admitted also that it was supplied to the Senate, through the Chairman of Senate Services, senator Abdulahi Gobir, through the facilitation of Lanre Shittu Motors.

Speaking before the committee also, the CEO of Lanre Shittu Motors, Lanre Shittu, explained that the SUV was consigned to his company in October 2016 by Wale Tinubu, because they were not able to use it for the purpose for which it was imported, hence he approached them to sale the vehicle.

Shittu added that there was never a time they sold a car to Saraki, but having seen a call for tender by the senate services through National Assembly Management, they supplied the vehicle to the buyer, but was intercepted by customs operatives on January 2017 on it’s way to Abuja from Lagos.

He said when the importer sent the customs papers with which the SUV was cleared, they discovered that it was a fake customs papers that was used to cleared the vehicle, adding that they never had any document from the National Assembly with regards to clearing the car.

In his response when he was also put on the hot seat, the Senate President, who was reported to have bought the SUV amour Range Rover, told the committee that he was before it to defend the institution of the Senate, insisting that he did not import the SUV as reported and that it is not a personal vehicle.

He also pointed out that there is no where in the document where his name appeared, but said the process is good for the parliament because it will further strengthen the parliament as an institution.

He said he has nothing personal against the Senate President, but was only worried that if the allegation is left uninvestigated, it will bring to ridicule the integrity of the senate, even as he vowed to stop at nothing to protect the respect and integrity of the Senate as an institutions.