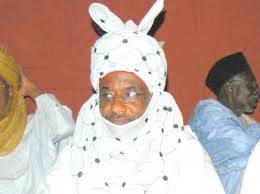 By Sadiq Umar – The Presidency has dismissed claims by the former Central Bank Governor and Emir of Kano, Sanusi Lamido Sanusi that the federal government has violated the CBN Act through illegal fund sourcing, saying the monarch doesn’t have his fact as far as the issues are concerned.

The presidency who spoke through a Senior Special Assistant to the President on Media and Publicity, Garba Shehu, said “but even assuming that he was correct. This is a govt that has money in excess the amount he mentioned in the Treasury Single Account, TSA.

Mr. Shehu was reacting to comments by Mr. Sanusi made at a policy monitoring dialogue in Abuja hosted by Savannah Centre for Diplomacy, Democracy and Development, where he critcised the apex bank of illegal lending to federal government.

According to the Emir, “The problem of the current government is not having the right policies to fix the current economic woes.

“The CBN-FGN relationship is no longer independent. In fact, one could argue their relationship has become unhealthy.

“CBN claims on the FGN now tops N4.7 trillion — equal to almost 50% of the FGN’s total domestic debt. This is a clear violation of the Central Bank Act of 2007 (Section 38.2) which caps advances to the FGN at 5% of last year’s revenues. Has CBN become the government’s lender of last or first resort?”

He said no one was willing to lend money to the Nigerian government, further stating that “if senate approved, I want to see who will lend you $30billion when you have five exchange rates”.

But responding on Saturday through his official Twitter handle, Mr. Shehu said the government had only drawn an excess of N1.5trn from the CBN, not N4.5trn as claimed by Sanusi.

“With every respect to the Emir, you know he is my ruler, bcos I’m from Kano. He doesn’t have his facts as far as those issues are concerned,” he said.

“The issue in CBN, that government has overdrawn its Central Consolidated Account is true, but the overdrawing is within limits,” Mr. Shehu stated.

He argued that “the overdraw does not exceed 1.5 trillion, adding that “it is incorrect to say, as he did that the account was overdrawn by 4.5 trillion.

“It is just like you, a bank customer operating two accounts, one in the red & the other, well funded to the point that it can at any time wipe the indebtedness on the other. Would any bank manager lose their sleep over this?

“This, I am told is what the IMF found at the CBN and they said it is perfectly normal.

“As for his opposition to the USD 30 billion loan, I’am aware that the Minister of Finance is responding to that.

“As a private citizen, I want to read his statement again.

“I thought that the borrowing is for projects that include the railway development in Kano, his own city,” Mr. Shehu added.