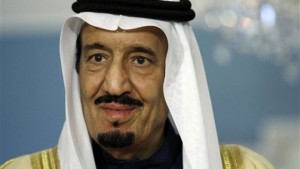 A veteran of the country’s top leadership, Salman succeeded his half-brother, Abdullah bin Abdul Aziz al-Saud on January 23, 2015, after his predecessor’s death. 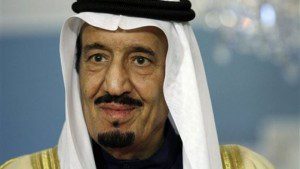 The 79-year-old takes the helm at a time when the oil powerhouse is trying to navigate social pressures from a burgeoning youth population, and address reforms aimed at modernising the country.

He started his political career at a relatively young age, becoming the governor of Riyadh in 1963, and continued to fill that position, with a brief halt during the power struggle between King Saud and King Faisal, from 1960 until 1962.

For nearly 50 years, he oversaw the development of the Saudi capital from a small desert town to a major metropolis.

He was appointed Minister of Defence in 2011 and then heir apparent in 2012, when two elder full-brothers, crown princes Sultan and Nayef died within a year of each other.

The defence portfolio involved running the kingdom’s top-spending ministry, which used massive arms purchases to bolster ties with allies such as the United States, Britain and France.

Known to have extensive contacts among the country’s tribes, Salman’s influence is further extended through a network of family businesses, including a stake in the pan-Arab newspaper Al-Sharq Al-Awsat.

Salman is widely believed to be conservative and holds traditional views with regards to political reforms and social change.

However, there are many rumours regarding his health condition as well as his capacity to endure long office hours. He suffered at least one stroke that has left him with limited movement on his left arm.

The Saudi throne has for decades passed between Al Saud’s sons.

Several of his sons hold prestigious and powerful positions. Prince Abdul aziz is the deputy oil minister; Prince Faisal, the governor of Medina; and Prince Sultan, the first Arab astronaut, is the current head of the tourism authority.

Another son with influence is believed to be Prince Mohammed, the eldest son from Salman’s third wife. In his 30s, Mohammed is the head of his father’s royal court.

Salman’s crown prince will be his youngest half brother Prince Muqrin, a former intelligence chief who was appointed as deputy crown prince in March 2014.