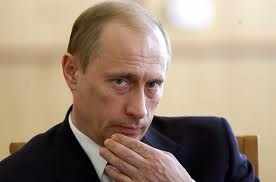 Russian energy minister Aleksander Novak has said that Russia has offered Ukraine the opportunity to extend an existing gas transit agreement to the end of 2021.

“We will wait for trilateral consultations [with the EU and Ukraine] to begin, when a new government will be formed (…). We are in favour of Ukraine buying gas directly.

“We offered our colleagues the chance to extend the current contract for a year under the already existing conditions,” Mr Novak told the Russian press on July 26.

According to Reuters, Russia’s aim is to have an agreement only until the construction of Nord Stream 2 and TurkStream, the two Russia-built pipelines that will bypass Ukraine, are fully completed.

“Ukraine is looking for a long-term, 10-year deal. It’s not beneficial for us. A one-year deal would be OK so we would build up our strength and launch all those streams [Nord Stream 2 and TurkStream],” one Russian source told Reuters.

Previous talks have collapsed due to a number of issues, including legal disputes between Russian gas giant Gazprom and Ukrainian state gas firm Naftogaz, the threat of US sanctions against Nord Stream 2, as well as Russia insisiting that it would continue negotiating only if Ukraine forms its new government.

Trying to mediate the talks, European Commission Vice President for Energy Maroš Šefčovič called for the next round of trilateral talks to take place in September. On behalf of the EU, Mr Šefčovič proposed that the two countries should agree on a 10-year contract with a guaranteed minimum of nearly 60 billion cubic metres of annual transit volume.

Yuriy Vitrenko, an executive director at Naftogaz told Reuters that Ukraine is relying on the EU’s proposal.

“It’s clear that [Russia] wants to phase out, dry out Ukraine transit,” Reuters’s Ukrainian source said, with another source saying that an extension of the current bilateral agreement might be the best possible option for Ukraine to save time to reform its gas system.

Last week, the Ukrainian media reported that the country is negotiating with Greece to supply Qatari gas from an LNG terminal close to Athens.

“We are working to ensure that gas supplies to Ukraine from the southern direction via the Trans-Balkan gas pipeline could be made already from January,” said Ukrtransgaz director Sergiy Makogon.

Nord Stream 2 and TurkStream are expected to be finished by the end of this year. However, the second northern gas pipeline is currently facing delays over permits from Denmark and changes to EU rules. The pipelines are expected to have an annual transit capacity of at least 70 billion cubic metres.