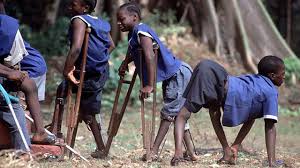 By Idowu John Bakare – Rotary has announced nearly US$100 million in grants to support the global effort to end polio, a vaccine-preventable disease that once paralyzed hundreds of thousands of children each year. 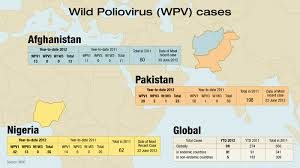 “Nigeria has prevented further cases of wild poliovirus thanks to the improved surveillance and rapid response protocols Rotary and its Global Polio Eradication Initiative partners have supported, particularly in Borno,” Chair of Rotary’s Nigeria PolioPlus Committee, Tunji Funsho said in a statement distributed by APO Group.

“We must remain vigilant about maintaining political and financial support to ensure strengthened immunization practices as we redouble our efforts toward ending polio in Nigeria and around the globe,” Dr. Funsho further said.

Also speaking on progress made by Nigeria,” Chair of Rotary’s Pakistan PolioPlus Committee, said Aziz Memon noted that, “Nigeria’s progress proves that halting the spread of wild poliovirus is possible.

Concurrently, Pakistan has made strides in reducing reported cases of wild poliovirus, having lowered its case count from 306 in 2014 to only eight reported cases in 2017.

“Although we currently have a record low number of reported cases of polio in Pakistan, we must remain vigilant about implementing the rapid response and surveillance protocols Rotary and its Global Polio Eradication Initiative partners have established and focus on accelerating our efforts toward eradicating polio,” Mr. Memon added.

While significant strides have been made against the paralyzing disease, wild poliovirus is still a threat in parts of the world, with 10 cases in Afghanistan and three cases in Pakistan this year so far. As long as a single child has polio, all children are at risk, which underscores the need for ongoing funding and political commitment to eradication.

Rotary has committed to raising $50 million a year to be matched 2-to-1 by the Bill and Melinda Gates Foundation, amounting to $450 for polio eradication activities over a three-year period. To date, Rotary has contributed more than $1.8 billion to fight the disease, including matching funds from the Gates Foundation, and countless volunteer hours since launching its polio immunization program, PolioPlus, in 1985.

In 1988, Rotary became a core partner in the Global Polio Eradication Initiative with the WHO, UNICEF, and the U.S. Centers for Disease Control and Prevention. The Gates Foundation later joined. Since the initiative launched, the incidence of polio has plummeted by more than 99.9 percent, from about 350,000 cases in 1988 to 22 confirmed in 2017.