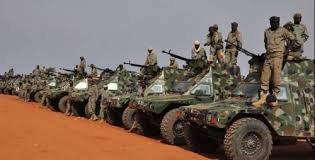 In its latest report on ‘Changing Patterns in Terrorism and the Threat to Business,’ Control Risks, finds that the number of incidents rose from 317 in 2013 to 1,549 for the period April 2017 to April 2018. 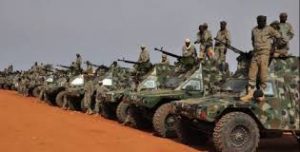 It noted that “while some of the attacks are inspired by the so-called Islamic State (IS) that loses its grip in its Middle Eastern heartland, the drivers behind this rise in sub-Saharan Africa are more complex.

Nigeria’s President, Muhammadu Buhari recent maintained that the Boko Haram insurgents in the northeast part of the country had been degraded.

Partner and Head of African Analysis at Control Risks, Jean Devlin said “many factors are responsible for the rise, “including the local dynamics of long-standing conflicts and insurgencies.

“In East and West Africa, the increase in attacks has several drivers: Although security forces in affected countries have for the most part been able to reduce the capability of militant groups to hold onto and control territory, this has pushed them to engage in asymmetric warfare against civilian ‘soft targets,’” Mr. Jean said in a statement distributed by APO, Wednesday.

The report observed that, “security forces are struggling to comprehensively degrade the capability of these groups, and as a result the threat is proving resilient despite gains made.”

“Somalia, which witnessed 879 incidents over the period, accounted for over half of the Islamist militant incidents recorded across sub-Saharan Africa; the only other East African country affected during the period was Kenya, with 79 incidents.

“Although the total number of Islamist militant attacks in Southern Africa was relatively low – 56 incidents in total; 43 in the Democratic Republic of Congo, 12 in Mozambique, 1 in South Africa – the rise in attacks particularly in Mozambique, where the first attack was recorded on 5 October 2017, is concerning,” it added.

“Looking at all types of terrorist activity, government, military and security forces, and their installations typically top target lists across the world. Retail and road [1] top the list of civilian sectors affected by Islamist militancy globally – something that is mirrored in sub-Saharan Africa where vehicles and road infrastructure such as bridges are most targeted, particularly in Nigeria, Mali, Kenya and Somalia.

“The hospitality sector comes in second (with most incidents in Somalia and Mali), followed by retail. Targeting these areas allows Islamist militants to hit civilians and government/ security forces alike, as the latter congregate in the respective facilities or use the infrastructure for movements.

“The many shades of political and ideological violence and militancy in play across the globe are part of a complex picture of risk and opportunity facing businesses and organisations. Combined with other threats such as cyber security, kidnap and general criminality, these create a complex security environment for international business.

“Consistent monitoring of which sectors, asset types and locations are vulnerable, and of emerging trends, is critical”, says Devlin. “Based on the qualitative analysis that helps understand drivers of terrorism, organisations can spend resources wisely and assess opportunities accurately. Resilience comes from having full visibility of the threat landscape and adopting an organisational posture that allows you to continue seeking opportunity,” it further stated.