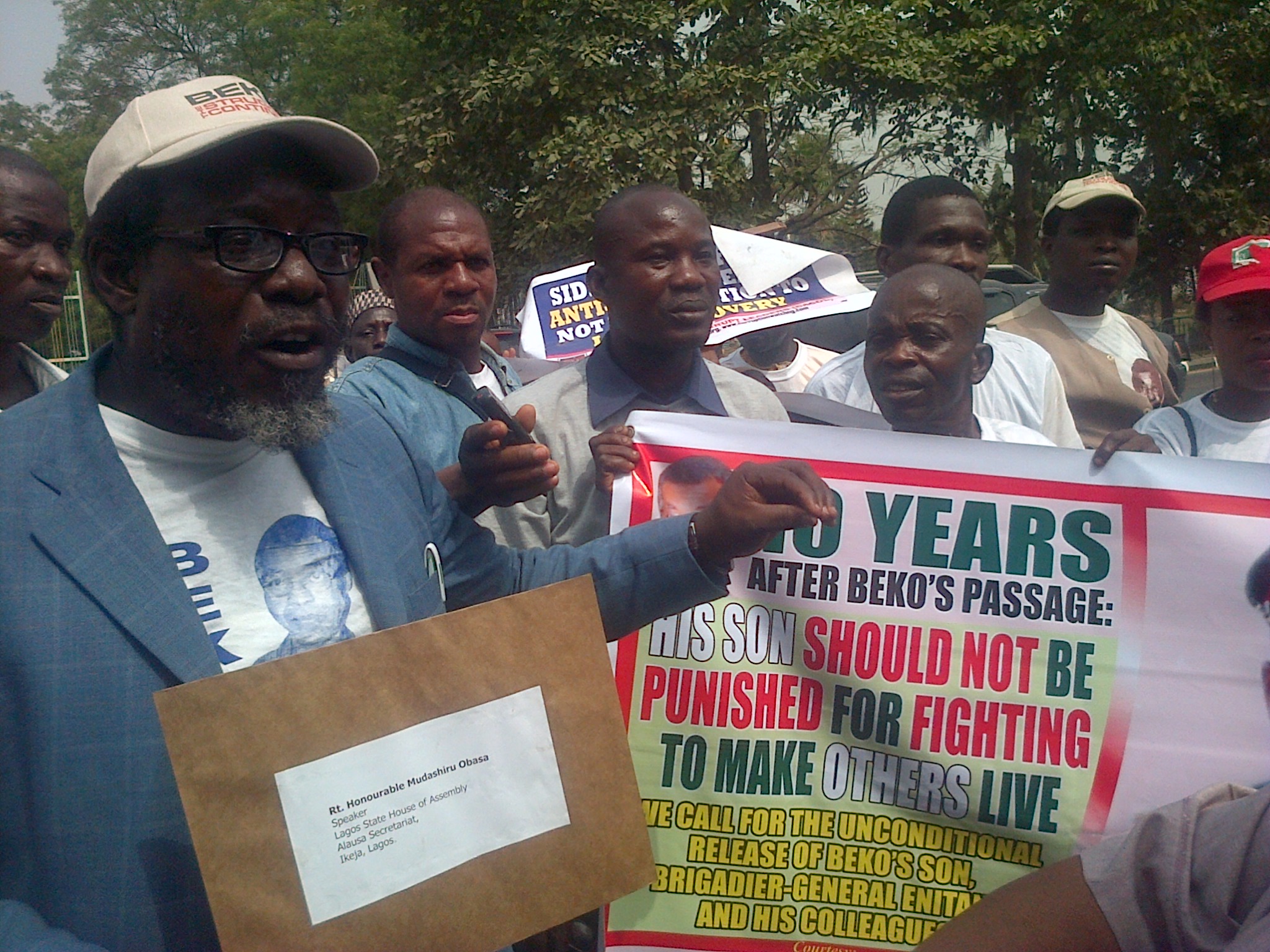 By Dipo Awojobi – A human rights group, the Beko Rights Klub, has called for the immediate release and reinstatement of Brigadier-General Enitan Ransome Kuti, and other soldiers accused of mutiny and subsequently sentenced to various jail terms by a military tribunal. 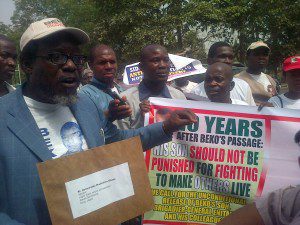 Led by its convener, Comrade Debo Adeniran, the group staged a protest to the Lagos State House of Assembly on Wednesday as part of activities lined up to mark the 10th anniversary of the demise of the renowned human rights activist, Dr Beko Ransome Kuti, where they insisted that recent revelations in the country attested to the fact that Brigadier-General Enitan was not guilty of any act of mutiny.

The group subsequently petitioned the State House of Assembly to do all within its power to get the National Assembly to compel the Federal Government to ensure the prompt release and reinstatement of the Brigadier-General and others.

“The Beko Rights Klub is utilising this occasion of the commemoration of Beko’s passage to call on the Nigerian government to grant Brigadier-General Enitan Ransome Kuti, son of our late hero, Beko Ransome Kuti, national pardon with regards to the case of ‘mutiny’ against him following the decision of the military to court martial him after the Baga massacre carried out by Boko Haram insurgents in January 2015.

Brigadier-General Enitan remains in imprisonment till date, even though history has absolved him,” said Adeniran.

Adeniran, who is also the chairman, Coalition Against Corrupt Leaders (CACOL), insisted that rather than heap blame on the hapless Brigadier-General, he should be held shoulders high, bearing in mind that his innocence had been proven by the ongoing arms scandal in the country.

“We are strongly convinced that the revelations reeled out from the arms procurement scandal confirm his innocence and patriotism. In fact, we believe, with those expositions, the actions of Brigadier-General Enitan and others are justifiable, reasonable and dialectical,” he added.

In his response, the Majority Leader of the Lagos State House of Assembly, Hon. Sanai Agunbiade, said that members of the House shared the same optimism with the group, especially in the quest to have a country where justice, fairness and obedience to the rule of law prevail.

He therefore said that the House would do the needful in ensuring that the right thing was done to what the group was clamouring for.

“The cause you are fighting for is humanitarian and just. This is a cause we also believe in and which every Nigerian who believes in what is right also believes in, therefore, we can assure you that your petition will be thoroughly looked into,” he said.