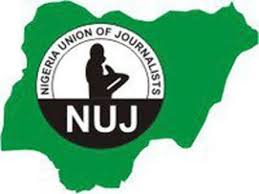 By Nuel Suji – A Civil Society Organisation, Citizens Advocacy for Social and Economic Rights (CASER), has called for the immediate release of the Daily Independent journalist Tony Ezimakor, urging the Department of State Security Services (DSS) to go to court if it has any grievance with the newspaper report.

This is coming on the heels of similar calls by the Nigerian Union of Journalists (NUJ) for Mr. Ezimakor’s unconditional release.

CASER cautioned against alleged attempts by DSS to compel Mr. Ezimakor to disclose the source of his report, noting that a journalist reserves the right to protect its sources under any circumstance.

The detained journalist was allegedly arrested in connection with an article published in February 28, alleging that Swiss Foreign Service agent connived with Nigerian government officials to steal millions of dollars to secure the release of the Chibok girls.

In a statement signed by the Executive Director of CASER, Frank Tietie on Monday in Abuja, CASER, argued that the author of the so called offensive article only expressed his opinion about the payment that it had empowered Boko Haram to wreak more havoc on Nigerians.

The article supposedly revealed the intrigues surrounding the payments of millions of dollars by the Nigerian government as ransom for the release of some kidnapped Chibok School girls.

The rights body noted that the journalism ethics forbid a journalist from revealing his news sources, adding that the legal option available to the security agency is to go to court.

“The professional journalist has a constitutional mandate by the provision of sections 39 and 22 of the Nigerian constitution; therefore, he is an authority in a democracy.

“He uses the journalistic privilege to write a news story that are opinionated and that makes him a big threat to corruption and bad governance.

It called on the government and public to always accord journalists the respect they deserved by promoting democratic governance through the dissemination of information.

“This is the procedure as against the cheap use of state might to oppress a law-abiding citizen who is merely discharging his constitutional duty,’’ he said.

Mr. Ezimakor is the Abuja Buruea Chief of Daily Independent. He was held by DSS after honouring an invitation by the DSS.