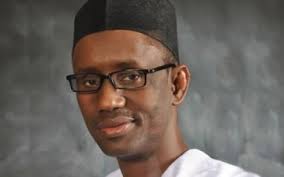 The Peoples Democratic Party (PDP) has granted waiver to former Chairman of the Economic and Financial Crimes Commission, Mr. Nuhu Ribadu, and two others to run as aspirants in the Adamawa governorship bye-election.

Others granted waivers are: Former military administrator of Lagos and Borno states, Gen. Buba Marwa (rtd) and Mr. Markus Gundiri, the governorship candidate of the defunct Action Congress of Nigeria, ACN in the 2011 election in the state.

They are to run as aspirants under the platform of the party in the October 11 governorship bye-election in Adamawa state.

National Publicity Secretary of PDP, Mr. Olisa Metuh, made the disclosure to journalists Friday at the National Secretariat of the party.

The three aspirants had earlier submitted their application for waiver to the National Working Committee, NWC of the party.

The NWC had also forwarded the requests to a sub committee under the leadership of the National Organising Secretary, Abubakar Mustapha.

The committee submitted its report to the NWC today recommending the granting of the waiver.

With this development, the three aspirants will alongside eight others face a screening panel tomorrow (Saturday).

The PDP is expected to name the panel members later today.