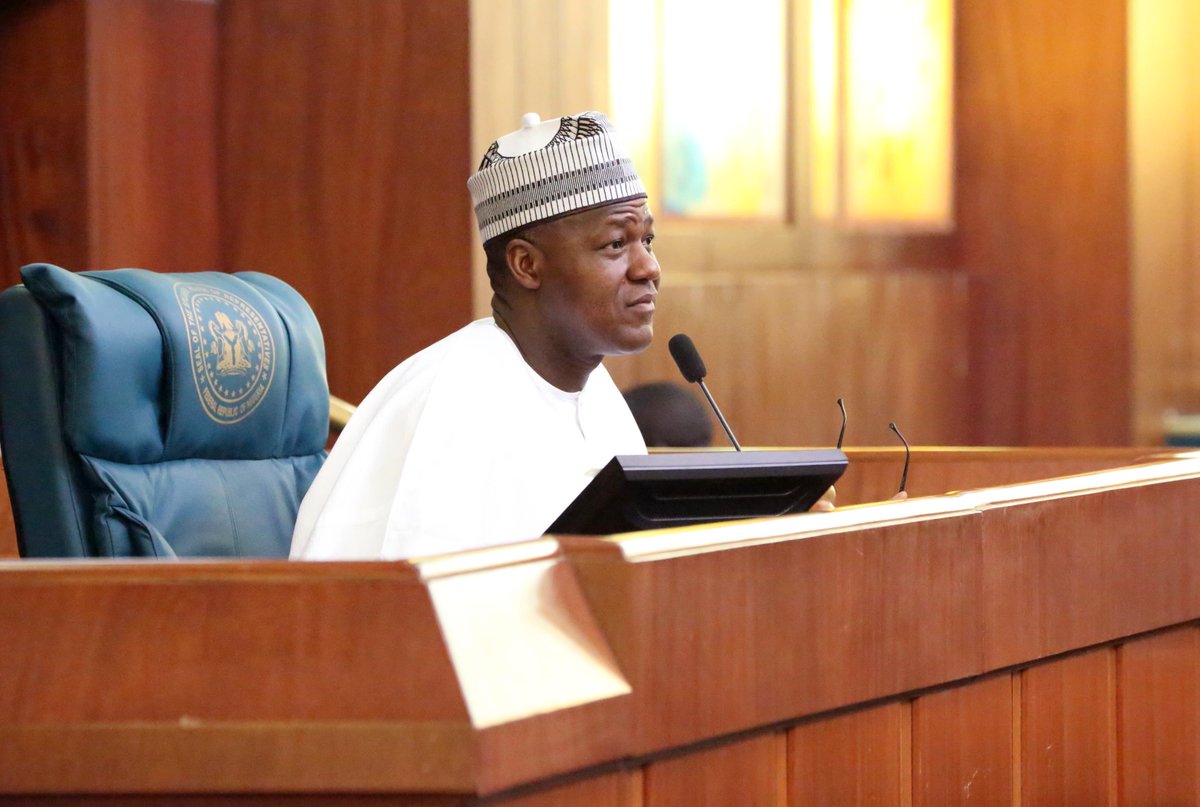 By Sadiq Umar – The Speaker of the House of Representatives, Yakubu Dogara, has said that the revolution in agriculture by the Buhari government would be meaningful when it start with the production and distribution of quality seeds for farmers. 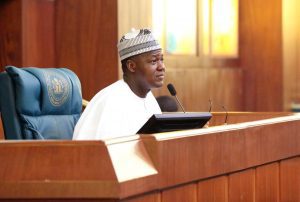 Mr. Dogara said the development, production and distribution of quality seeds to farmers in Nigeria in order to boost agricultural output and create over 40 million jobs for the unemployed population.

The Speaker spoke during a visit to the Premier Seeds Nigeria Limited, Zaria, Kaduna State, also expressed strong belief that with coordinated support from the executive and the legislature for companies that produce and distribute high breed seeds to farmers, Nigeria will become food sufficient and standard of living of its citizens will also improve.

“If the revolution in agriculture is going to be anything, it must start with the production and distribution of quality seeds. Gone are the days of our parents when they used to plant grains as seed, apparently, we didn’t know that for you to have bumper harvest, it is not every grain that will qualify as the seed that the farmer will plant,’ he said.

Nothing that “Agriculture has the potential of being the highest employer of labour in this country. If we have small farms springing up across the nation employing from 20 to 25 people, you can imagine if we could have 1 million of those ventures, that is between 40 to 70 million jobs that save us a lot of problems in this country and help to deal with many vices, insecurity, violence and the likes.

Dogara commended the company for the work they are doing for the nation by equipping farmers and providing them with the right seeds with which they can grow and feed the nation, adding that the legislature will not hesistate to look at how the government and farmers can collaborate to ensure that farmers in Nigeria get quality seeds.

“That is the challenge across the country, as we speak, apart from farmers around this facility, may be not too far away from here, I can guarantee that a lot of farmers outside this region are not even aware of the need to have quality seeds planted in order to have bumper harvest.

“I am assured and I believe that you are producing quality seeds from this place otherwise you wouldn’t attract those awards and in terms of our work as legislators, we represent the people and chances are that when we connect at this level, we will spread the word down the ladder to even the peasant farmer farming for sustenance, not even for commercial purposes because they need to get quality seeds as well, when they get quality seeds, they plant these seeds and it increases their yield, it will mean, they will have food to feed on and still have some to dispose of and thereby increasing family savings and putting resources in their hands to pay school fees for their kids.

“So, for us, the work you do is very foundational and fundamental in the success of the revolution that we seek in the agricultural sector. If there is anything we can do as a parliament to support your work; don’t hesitate to tell us and we believe that no one is an island, even the private sector would have to collaborate with the government and the government itself would have to collaborate with the private sector in order to move agriculture forward.”

Speaking on how active engagement of youths in agriculture would benefit the nation, he noted that when people are engaged in agriculture, by the time they come back home, they are so tired that even if they wanted to be terrorists, they wouldn’t have the strength after being on the farm for 6 hours to carry any gun.

“So this is why we really need to promote agriculture development in this country and as legislators, even those in the Executive shouldn’t shy away from giving you the support that you need in order to succeed,” he added.

Earlier, the managing director of the company,

Prof. Abraham Oyediji Ogungbile, informed the Speaker that they distribute fertilizer and seed to about 2,000 farmers who are their out-growers to produce certified seed for them.

He, however, regretted that the company has been supplying seed since 2014, but has not been paid even as loans secured by the company to embark on the project are yet to be paid off.