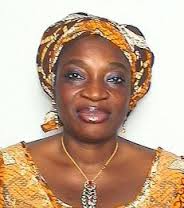 By Olusegun Emmanuel, Abuja.Fresh fact has emerged on why some lawmakers on the platform of  All Progress Grand Alliance (APGA) in the House of Representatives left the party to  join Peoples Democratic Party(PDP) in Anambra state.

The decampee lawmakers were said to have been denied the request for automatic ticket for the 2015 polls and are now warming their way into the President Goodluck Jonathan re-election project as a way to secure PDP tickets in the state.It would be recalled that Hon. Uche Ekwunife, Chris Emeka Azubogu, Victor Afam Ogene, Cyril Egwuatu and the Chairman and Mr. John Olibie joined PDP earlier this month.Senator Alphonsus Igbeke who revealed this  while speaking with newsmen in Abuja also said that PDP in Anambra is in disarray, adding that the only party that is on ground in Anambra state is APGA. According to Igbeke, the lawmakers left APGA because the party refused to identify with automatic tickets  in 2015.

Ekwunife, who contested the last governorship election in Anambra on the platform of APGA is now eyeing the PDP guber ticket for 2015.

Last week, she held a meeting with former governor of Anambra, Mr. Peter Obi at the Maitama office of the Transformation Agenda of Nigeria (TAN), a group that is rooting for the reelection of Jonathan.

Igeke said,” it is not only Ekwunife that defected from APGA to PDP, some other members of the House of Representatives have joined PDP. “These people are looking for automatic ticket in APGA and the party refused to assure them of automatic tickets. So many people are on their way coming to APGA in Anambra state, and I have declared for APGA in my state.”