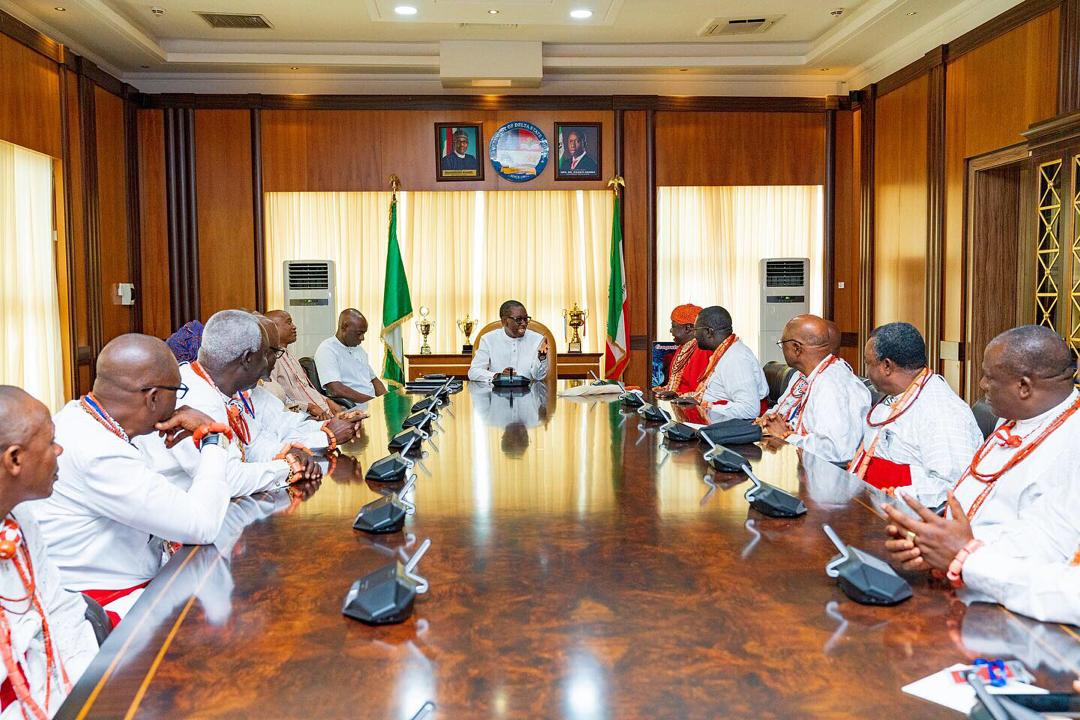 (NEWS INVESTIGATOR) Gov. Ifeanyi Okowa of Delta, on Wednesday in Asaba, stressed the need for the Federal Government to resuscitate Warri Port.

Okowa, who gave the charge when the Olu of Warri, Ogiame Ikenwoli I, visited him at the Government House, said Warri Port remained a key factor in the economic development of the state and the country at large.

He said that with the congestion in Lagos ports, reviving the port would ease traffic and boost the country’s economic activities at the ports.

“There is no doubt that the Warri Port is a key economical factor for our state and the nation; the earlier we get it working, the better for us.

“It is in the best interest of this nation to expand, create and develop port facilities because Lagos ports are already congested and more ports mean higher boost to our economy,” he said.

Okowa assured the monarch of his administration’s commitment to meeting the yearnings of the people through projects that would impact positively on them.

“I want to thank you for the partnership that exists between your kingdom and the state government.

“This partnership has helped the traditional council to grow and work together with the state government and it has made our state a very peaceful state.

“I have made it very clear that political appointees must go back home to pay their loyalties to their traditional rulers and work with them.

“Because they cannot work from Asaba and not liaise with traditional rulers and the kingdoms.

“This is very important to our commitment to execute projects in consultation with the monarchs and constituents.

“We are also committed to the construction of Ogheye floating market. We have gotten the Ministry of Works and Housing to do a complete assessment and budget breakdown, so that work can commence as quickly as possible on the market.

“Trans-Warri road is a project that is very dear to me and we will do the best we can to achieve it.

“The contractors have been to site, but there is not much that can be done during the rainy season.

“So, we will utilise the dry season and ensure that work commences,” Okowa said.

Earlier, the monarch had congratulated the governor on his election victory and thanked him for appointing Itsekiri sons and daughters into his administration.

I found this interesting