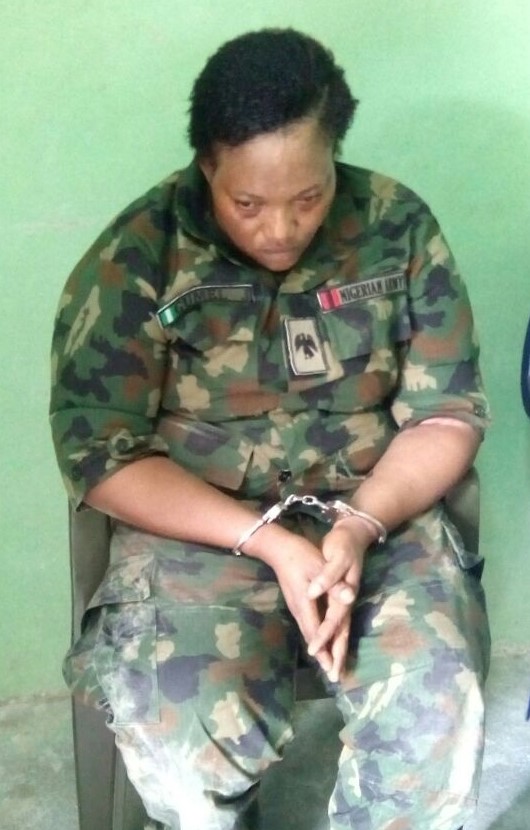 By Sadiq Umar – The Defence headquarters has called for vigilance among Nigerians, urging the public to report any suspicious person in military uniform to the military authorities.

Acting Director Defence Information, Brigadier General Rabe Abubakar, in a statement said the headquarters lamented the spate of use of military uniforms by unscrupulous persons disguising as personnel of the Nigerian Armed Forces. 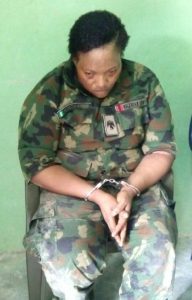 The warning is coming on the heels of the arrest of a woman, Juliana Gumel who falsely claimed to be a Major in the Nigerian Army.

The statement read: “Information reaching the Defence Headquarters (DHQ) has revealed the spate of use of military uniforms by some unscrupulous elements who disguised as personnel of the Nigerian Armed Forces to get access to public places to commit crimes as well as detonate their explosives to kill innocent citizens in their desperation to perpetrate their terrorists’ activities.

“The recent arrest of a fake Major in uniform and the killing of 4 security operatives guarding a facility in Rivers State by some unknown gunmen in military uniforms were instructive in this regards.

“While the military and other security agencies are exploiting all means to end the insurgency, militancy and all other forms of criminalities from our country, we wish to request the general public to be on the watch in all public places and report any suspicious person or group posing as military personnel to security agencies to cut off his or her heinous intention to save our citizens.

“The general public are further advised to be more vigilant in crowded places as terrorists can disguise in any form to achieve their evil intents including the use of military uniforms.

Meanwhile, the Army at the weekend dispelled rumours that the woman was arrested with two kids strapped with explosive.

“Contrary to insinuation, the fake Major Juliana Gumel was not carrying Improvised Explosive Devices (IED) nor was she with kids when she was arrested,” the statement said.

“She claimed to be a Medical Doctor and a ‘major’ with a fake Private Soldier’s outdated identity card. But not with IED. I believe Guards Brigade or the Nigeria Police will issue a formal statement on it,” Mr. Usman said.