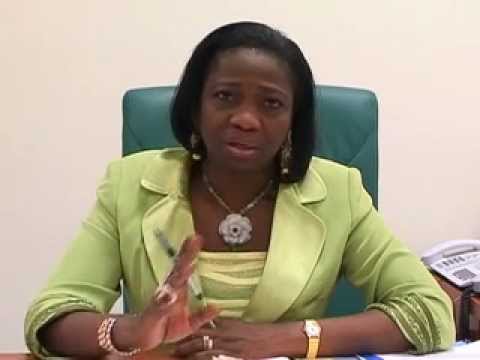 The Chairman, House of Representatives Committee on Diaspora Affairs, Hon Abike Dabiri-Erewa has vowed to unravel the circumstances sorrounding the death of a Nigerian student in Cyprus.

Hon. Dabiri-Erewa assured the family of the late Gabriel Soriwei, a 20-year-old student of Electrical/Electronic Engineering, who died in Cyprus, that the circumstances surrounding his death would be investigated and made known to Nigerians.

Gabriel, a student of Cyprus International University in the north of Cyprus, under the control of Turkey, died on the 7th of September 2013, after a woman allegedly knocked him down with a car.

The deceased father Patrick Soriwei while presenting his case before the committee in Abuja, said Police authority in Turkey was shielding the identity of the woman and has also concealed the information on investigation into the incident from his family.

In an emotion-laden voice, the father of the deceased told the committee how his late son’s school also treated his death with disdain.

He told the committee that the Turkish Embassy in Nigeria too did not show any interest in the death of his son.

According to him, Gabriel went into coma after he was knocked down on July 13, 2013, adding that he traveled to Cyprus, where he found his son on a life-support machine in an hospital.

After spending two weeks with him, Patrick told the committee that he returned to Nigeria when there was evidence that Gabriel was improving.

However, he said he received a shocking telephone call from the President of International Students in Cyprus, who informed him on September 7 that his son had died of a heart attack and was called by officials of a Turkish airline that they were sending him a cargo which turned out to be the body of his son

The bereaved father said he sought the committee’s intervention because all efforts he made so far through other Federal Government’s agencies to get to the root of the matter had not yielded any results.