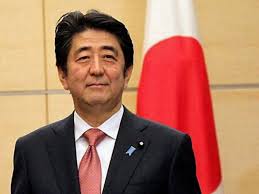 (News Investigators)/ The Federal Government says the relocation of the Afrijapan-AfricAsia International Cooperation’s headquarter to Nigeria will enhance business relationship among the Asian and Pacific nations.

The Permanent Secretary, Ministry of Budget and National Planning, Earnest Umakhihe said this on Friday at the signing of the Headquarters Agreement between the Federal Government and the agency in Abuja.

Afrijapan-AfricAsia International Cooperation is a development agency specifically established through the collaboration of various Asian and Pacific countries.

The countries comprise Japan, China, South Korea, India, and Malaysia among others and they contribute toward the development of Africa.

Mr. Umakhihe explained that the government of Nigeria acknowledged contributions the agency had been making toward developing the country and the continent.

He described the move to relocate the agency’s headquarters from Abidjan, Ivory Coast to Nigeria as a welcome development.

“Since its inception in 2009, the agency with its Headquarters in Abidjan, has been contributing its quota through mobilisation of financial and material resources to support development and poverty alleviation projects in Africa.

“In view of the strategic position of Nigeria in Africa, it was considered expedient to relocate the Headquarters to this country.

“It is against this backdrop that the Federal Ministry of Justice initiated action toward the execution of the headquarters agreement in collaboration with this ministry, thus culminating in this ceremony,’’ he said.

The President of the agency, Ferdinand Bleka said his organisation was determined to help in the fight against unemployment and poverty on the continent.

According to him, he believes that it is possible to put an end to famine, unemployment and underdevelopment in Africa.

“Afrijapan-AfricAsia is bringing on board innovative solutions of funding mechanisms for country development programmes to make sure that opportunities no longer elude Africa.

“I am convinced that Nigeria is the best place to attract the `world’s funds and resources to accelerate its development and by extension, the development of the continent.’’NAN