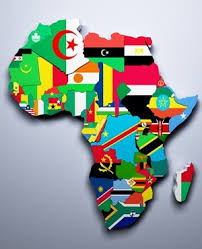 The organisers of the pageant, Brendance and Crusaders Limited, who confirmed this to the News Agency of Nigeria {NAN} added that the contest would be tagged, ‘The Rebirth’.

Brendan Isikak, the executive officer of Brendance and Crusaders Limited, told NAN that the contestants are from: Nigeria, Ghana, Uganda, Kenya, Ethiopia, the Gambia and South Africa.

He said that they registered within one week when the registration started.

He said that registration was still ongoing until April 30 for potential contestants for the event from Nigeria and other countries.

Isikak said that the event was would feature a two-in-one pageantry, the Mr and Miss Nigeria International {MMNI||} as well as Mr and Mrs International Africa {MMIA}.

He said that accredited contestants would go for their auditions in Lagos state, Abuja, Benue, Anambra, Rivers , Akwa Ibom,, Kenya, South Africa, Canada and in the U.K.

He added that the grand finale would come up in October at the Muson Centre, Lagos.

“The pageant will hold simultaneously at the same time, the same day and at the various camps starting with the audition.

“Those that scaled through the hurdles will pick their tickets for the grand finale.

“I also need to re-emphasise that this year’s edition with the theme, ‘The Rebirth’ is targeted at total repackaging and  revamping of the brand concept, production and expansion of the pageantry,” Isikak said.

According to him, the audition will hold from May to June at the designated centres  while the grand finale will hold on Oct. 3 at the  Muson Centre in Lagos.

Isikak said that the pageant was open to sponsorship and support from the stakeholders in the entertainment industry, corporate organisations and governments.

He said that Denis Idera and Peter Abah, the winners of  the 2019/ 2020 MMNI contests would grace the MMIA pageant and crown those that would emerge as new winners.  (NAN)