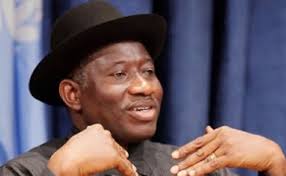 President Goodluck Jonathan has debunked rumour that there was an early morning explosion in Enugu, in the south eastern Nigeria.

Palpable fear gripped residents of Enugu metropolis and environ, following rumour of a bomb blast at a voting centre in the coal city.

Speaking to Journalists shortly after casting his vote, President Jonathan debunked the rumour, saying, he called the state governor when he heard the report and that he confirmed to him that there was no bomb blast.

“I called the governor and he told me that there was a vehicle from the north that was suspected to be carrying Improvised Explosive Device (IED). The security came in a carried out search on the vehicle, but there was no bomb blast,” the President added.

He expressed confidence that the election would be free and fair, urging Nigerians to exercise patience regardless of the logistical problems that attended the accreditation exercise in some parts of the country.

Jonathan also said the short-comings expressed on the use of Card Readers in some states are mere coincidence, dismissing insinuations that it occurred in PDP controlled states.