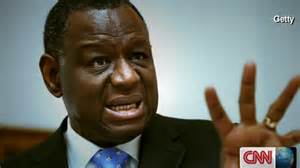 By Sadiq Umar – The Presidency has expressed shock and sadness over the sudden death of the Executive Director, United Nations Population Fund (UNFPA) and former Minister of Health, Prof. Babatunde Osotimehin. 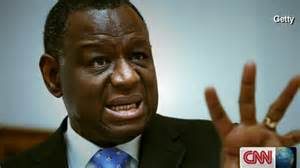 Acting President, Yemi Osinbajo who described the late UNPFA Executive Director as “ a very remarkable international public servant” said he was shocked and profoundly saddened by the death of Prof. Osotimehin.

In a statement by Senior Special Assistant to the President of Media and Publicity (Office of Vice President), Laolu Akande, the Acting President commiserate with the entire staff members of UNFPA, and the entire UN system over the demise Osotimehin who he said served passionately, diligently and tirelessly at the global and national stages to reduce maternal mortality and promote universal access to reproductive health.”

While noting that he had distinguished career as medical doctor and teacher before he served as a cabinet minister in Nigeria and later at the UN, the Acting President said the late Osotimehin would long be remembered for his many significant developmental contributions at home and in the international community.

The Acting President also “commiserate with the family, friends and associates of the deceased, urging them to take solace knowing that his notable service and worthy contributions, especially towards improving women and children’s health across the world are widely acclaimed and deeply appreciated and would be long remembered and honoured.”

“Prof. Osinbajo extends heartfelt condolences to his wife, children and entire family over the passage of their beloved father, grand-father and also an illustrious Nigerian,” the statement added.

Osotimehin died on Sunday at the age of 68.

A two-paragraph statement issued on Monday by Dr. Babajide Osotimehi on behalf of the family, said the UNFPA’s boss died on Sunday.

The family said that the burial of the former Nigerian minister of health would be announced later.

He attended the UN, National Agency for the Control of AIDS, NACA with President Muhammadu Buhari wiliest year September in New York.

Before he became health minister, Osotimehin, was the Director General of National Agency for Control of AIDS (NACA) and was also a former Provost of the College of Medicine at the University of Ibadan.

According to ranking, he holds the rank of Under-Secretary-General of the United Nations.

After his medical studies at University of Ibadan, he received a doctorate in medicine from the University of Birmingham, United Kingdom, in 1979.

Osotimehin has consistently advanced the cause of youth and gender, within the context of reproductive health and rights.