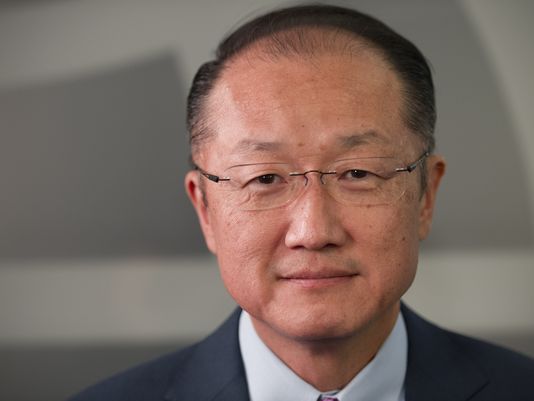 The Presidency has blasted the World Bank over its reports on poverty rate in Nigeria questioning its claims that Nigeria has 100 million destitute.

Chief Economic Adviser to the President, Dr. Nwanze Okidegbe who condemned the reports said the World Bank’s claim was far from reality of the actual poverty rate in the country, arguing that the same body had earlier reported that Nigeria poverty rate had dropped to 46 percent.

A statement by the World Bank Country Director, Marie-Francoise Marie-Nelly had said 100 Million Nigerians are living in destitution or extreme poverty, a statement that angered the presidency.

In swift reaction, Okidegbe, said the World Bank country director clearly contradicts the position of the World Bank on the level of poverty in Nigeria recalling that during the visit of the Bank’s Vice President for Africa, Makhtar Diop, in May 2013, he declared that poverty has fallen under Jonathan’s administration from 48 percent to 46 percent.

The presidential adviser in a statement said, “given our current population of about 170 million people, the Country Director’s imagery of 100 million Nigerian destitute seems to be based on a much higher poverty rate than that of her boss. The question that arises from this absurdity therefore is: who is right?” the statement read.

Arguing further, Okidegbe noted that,“according to the World Bank itself, to live in extreme poverty is to live on less than $1.25 per day, including the cost of accommodation, clothing, feeding, and other incidentals. $1.25 per day translates into N200 per day (or N6,000 per month).

“On feeding alone, a loaf of bread costs more than N200 in many parts of Nigeria while a plate of food, even from a roadside food vendor, costs about the same amount. More also, there are about 112 million active GSM lines in Nigeria.” Dr Okidegbe explained.

Adding that, “even accounting for those who own more than one phone and netting out nearly 44 percent of Nigerians who are under 15 years (and mostly do not have phones), this is not a description of a country with 100 million destitutes living in extreme poverty, he stated.

“This administration is undertaking critical reforms in all key sectors of the economy to create jobs and reduce poverty. For example, the reforms in the agricultural sector have increased production and created many job opportunities. In recognition of the fact that growth in the Agricultural Sector is pro-poor, we are confident that the consistent growth being recorded in agriculture is translating into further poverty reduction.

“Indeed, Nigeria was recently honoured for meeting the Millennium Development Goal (MDG) of reducing people living in absolute hunger by half, well ahead of the 2015 target set by the United Nations.

“On average, about 20 percent of the Subsidy Reinvestment Programme (SURE-P) is allocated exclusively to protecting the poor through different types of social safety nets. One important area of success is the Conditional Grant Scheme with total conditional cash transfer to almost 40,000 households and recruitment of over 2,000 new health workers working on improving maternal and child health.

“Rather than engage in peddling easily disprovable and inaccurate poverty numbers, we believe it would be a better for the World Bank to focus its attention on designing programmes and interventions to support the government’s efforts in accelerating poverty reduction in Nigeria.”