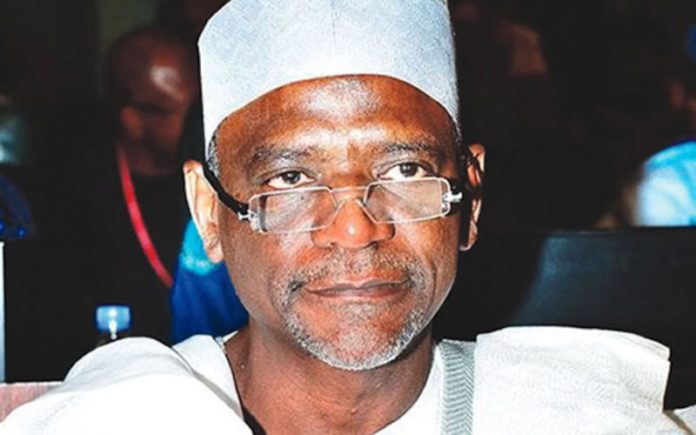 By Nuel Suji – The Academic Staff Union of Polytechnics (ASUP), will on Monday commence an indefinite strike to demands for the payment of member’s outstanding entitlements.

It said the Ministry only sent a deputy director without a mandate to attend the meeting.

National President of the union, Usman Dutse said the union was declaring a total and indefinite strike, adding that the government was using endless verification exercises to delay the payment of entitlements of members of the union. 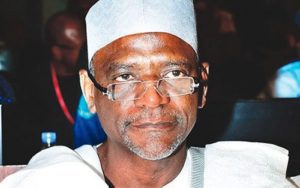 He said while the union is not against government carrying out verification exercises, it should not endless and the exercise should not be used to denied workers their rights.

“Our union is constrained to lament again that our sector is on the verge of collapse and needs all the emergency attention it urgently deserves. Until now, it should be noted that the issues raised here today have been there since 2014 and none of these issues has since 2014 been concretely resolved to improve the sector.

“It is against this background that we wish to remind governments at all levels and indeed all Nigerians that we cannot continue to be complacent in the face of imminent and seemly strategic annihilation of a sector that feeds and caters for millions of youths and families.

“A sector that if well harnessed will boost Nigeria’s technological know–how, improve ICT, create millions of employment opportunities and raise the level of both theoretical and practical technological literacy.”

The polytechnic lecturers are demanding the implementation of the NEEDS assessment report which recommended the injection of N6.5 billion into the polytechnic education in 2014.

They said the amount has risen to about N8 billion, adding that without Imo,emerging the report, the essence of using tax payers money to embark on the  exercise is wasted.

They are also demanding passage of the Amendment Bill of the Polytechnics Act, noting that “the delay and indifference to the passage of this bill is viewed as a ploy to fester chaos and continued crises in the sector. Recall that this bill passed through public hearing since December 2016.”

He said “One wonders why an all important bill such as this still remains unattended to even when assurances have been extracted from the Senate Committee on this bill, our regulatory agencies and ministry of education.

“Passing this bill will go a long way to resolving majority of the contending issues in the sector, reduce conflicts, improve on the efficiency levels of the administrative organs and ultimately bring the sector in tune with global best practices. Same bill died with the 6th and 7th assemblies and the current effort is now being threatened to go same way as it is stuck in the Senate since the public hearing in December, 2016.”

They also want the government to pay the shortfall in Personnel Releases and Withdrawal of Allowances and  emoluments due to cuts in personnel releases which it said  has persisted till date and accused government of “withdrawing allowances which hitherto were part of salaries.”

“Equally, unpaid arrears of promotions have continued to mount. While verifications of staff have been conducted over and over, only five institutions have received repayment of their 2016 shortfalls. This situation is compounded by the continued penchant of Governing Councils to siphon the meagre internal resources of institutions in order to assuage their unbridled appetite for luxury.”

They are also not happy with the sorry state of state government owned polytechnics and monotechnics which they said have continued to be in deplorable conditions, with salaries of staff not paid while union officials are victimized.

Also included in their demand is the Release of CONTISS 15 Migration arrears that has lingered since 2011 when the approval to migrate to the CONTISS 15 salary scale was secured from the government effective 2009.

“Since then, only the upper cadre has been fully taken care of. Staffs in the lower cadre are being short changed since then as they are yet to get the full benefit of this policy. In response, government continues to set up committees without terminal dates and any meaningful response to the union’s protests.

“It is worthy to note that a lot of these issues constitute violations of the agreement signed between our union and the government in 2010. This is in tandem with the now well documented penchant of government to renege on agreements. Recently efforts to address these issues led to the convening, on the 24th of October 2017, of a conciliatory meeting by the Federal Ministry of Labour in Abuja.

“Curiously, the ministry in eye of the storm (The Federal Ministry of Education) was so poorly represented that no memorandum of action was agreed upon. This clearly showed the level of disdain and disrespect with which issues of the polytechnic sector are being handled by relevant agencies of government.

“In view of the above, our union rising from this emergency meeting hereby resolved to commence an indefinite and comprehensive strike action effective 13th November 2017. This action shall be sustained until our demands are met or an implementable memorandum of action is agreed upon by our union and relevant agencies of government.

“We therefore call on well-meaning Nigerians and indeed the public to prevail on the government to do the needful and avoid this imminent shutdown of the sector on an indefinite basis.”