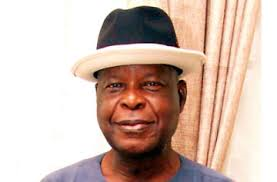 By Dipo Awojobi – The Police Service Commission (PSC) has approved the dismissal of one Assistant Superintendent of Police (ASP) and the demotion of two other officers over various established cases of misconduct.

Mr Ikechukwu Ani, Head, Press and Public Relations of the commission, revealed this in a statement issued today.

He said the commission rejected 23 appeals from some dismissed Policemen for reinstatement and restoration of ranks, at the 15th Plenary Meeting of the commission presided over by its Chairman, Sir Mike Okiro.

The commission, however approved the reinstatement of 10 other Police Officers, exonerated three and committed the dismissal of three others to retirement.

Ani said one serving DSP and ASP received the punishments of severe reprimand, while an Assistant Commissioner, two DSPs and an ASP are to be issued letters of reprimand. And an SP will receive letter of warning while another ASP was exonerated.

Based on Court judgements, the statement said appeals from ex-Police Officers for reinstatement was approved by the commission which also endorsed the retirement of eight and rejected the appeals of 15 others.

According to Ani, the commission’s decisions have since been communicated to the Inspector General of Police, Mr Solomon Arase, for implementation.