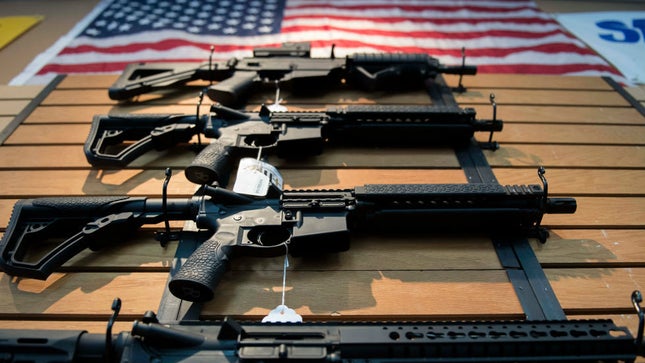 News Investigators/ The police command in Katsina, says it recovered 109 Anti-Aircraft Ammunition (AA) and arrested 999 suspects in various operations across the state in 2021.
Agency report said the command also recovered various arms and ammunition during the period.
Nigerians had earlier expressed concern regarding the possession of anti-aircraft by bandits.
Katsina police command’s spokesman, Gambo Isa, listed some of the arms to include four GPMG, 44 AK-47 rifles, one LAR rifle, one G3 rifle, 20 locally made guns and 689 rounds of 7.62mm ammunition.
Mr Isa, a suprintendent of police, said that 1,243 domestic animals including 867 cows, 352 sheep, 24 goats and one donkey were also recovered.
“Some of the suspects include armed robbers, kidnappers, cattle rustlers among others, a total of 157 suspected armed robbers were arrested and 145 of the suspects were charged to court while the remaining 12 are under investigation.
“Also, 65 suspected kidnappers were arrested and 63 charged to court while the remaining two are under investigation.
“We succeeded in arresting 244 suspected cattle rustlers, of which 230 suspects have been charged to court while the remaining 14 are under investigation.
“In the course of this campaign, 38 suspected bandits were neutralised in various gun battles while five police officers paid the supreme price,” Isa said.
He added that 246 suspects were arrested for rape and unnatural offence, while 63 victims were rescued in four reported cases of human trafficking and transferred to the NAPTIP office in Kano State.