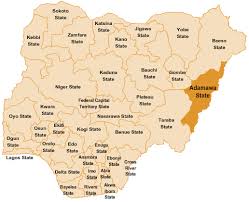 By Tom Garba, Yola – Adamawa Commissioner of Police, Mr Gazzali Mohammed, has confirmed the arrest of some suspects in connection with Sunday attack on four villages of Girei Local Government Area of Adamawa.

Mohammed who did not give the number of those arrested said 15 people including a Divisional Police Officer (DPO) lost their lives in the attack .

“Fifteen people were killed including a DPO while among those injure were some military personnel”, Mohammed said.

Mohammed debunked insinuation making round that the attack was perpetrated by Boko Haram, adding that it was purely a reprisal attack by Fulani herdsmen.

Meanwhile, the state government has condemned the attack and sue for calm.

The Commissioner of Information, Mallam Ahmad Sajoh, said the government has summoned an emergency security meeting to discuss the issue.