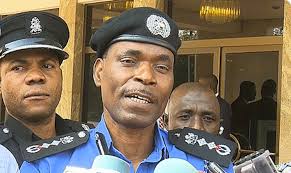 UYO/(News Investigators)/ The police command in Akwa Ibom has confirmed the kidnap of one Adanma Kennedy, the wife of a contract staff with Mobil Producing Nigeria Unlimited in the state.

The victim was kidnapped at about 8:15pm on Sunday by unknown gunmen, while driving back to their residence at Liverpool Road, Eket with her three children.

The command’s Public Relations Officer, MacDon Achebe, an Assistant Superintendent of Police confirmed in an interview with the News Agency of Nigeria (NAN) in Eket.

He said, “The police are aware of the kidnap of Kennedy and the command will leave no stone unturned to ensure she is rescued.”

He said that the command would not tolerate any form of criminality in the state and advised residents to be vigilant and security conscious at all times.

Narrating the incident, a relation of the victim said on the condition of anonymity that she was forcefully taken away by six unknown gunmen.

He said that the hoodlums took her away with her Venza Jeep, which was later recovered by the police on Idua Road, Eket.

“Six men in a motorcycle trailed her to her residence at Liverpool and kidnapped her in front of her gate.

“The children started screaming when the kidnappers drove away with their mother in her Venza Jeep and the police later recovered the Jeep,” he said.

He said that the victim was still recuperating from illness when she was abducted, adding that the kidnappers had yet to contact her family.

He said that the victim’s husband, Mr Kennedy Effiong, recently got a contract job with ExxonMobil, after being unemployed for more than three years.

“The family has been in a sober mood since the incident happened,” he said, adding that sympathisers had been trooping to their house to condole with the family.

Agency reports said the Sunday’s abduction was the fourth in Eket Local Government Area since the year began.