By Nuel Suji – Chairman of the Peoples Democratic Party (PDP) in Ondo state, Clement Faboyede, on Monday, begged the party’s leader and former Governor, Olusegun Mimiko, to rescind his decision to dump the party.

Mr. Faboyede who made this appeal in Akure, Ondo state capital, while receiving the report of a group within the party, PDP Support Group (PSG) said Mimiko remained the leader of the party in the state and appealed to the former governor not to carry out his plan as being speculated. 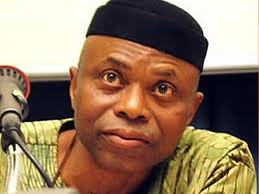 According to him, the exit of Mr. Mimiko from the party at this hour will do more havoc than any good to the party, noting that as a tested and trusted leader, many party faithful would be at crossroad on their political future.

”Mimiko remained our party leader, time changes, interaction might change too, but he will remain our leader and we have a great respect for him,” he said.

Adding, “We, at the Ondo PDP, are appealing and calling on former governor Olusegun Mimiko, to stay in the party and continue to provide leadership for the party in the state, so that our people can take various positions in the next election.

He said he is still consulting and has not informed us that he has left the party but I am sure that at the end of his consultations, he will not leave this party. Most of us believe he is pulling our legs and will soon return to the party.

He explained that the PDP remained the only platform that offers hope to the common man and to wrestle lower from the ruling All Progressives Congress (APC) and President Muhammad Buhari in 2019.

Earlier, the Coordinator of the PSG, Hon. Bode Obanla, disclosed that the group had moved around the 18 local government areas of the state to reconcile all aggrieved members and also to reposition the party to win the future election in the state.