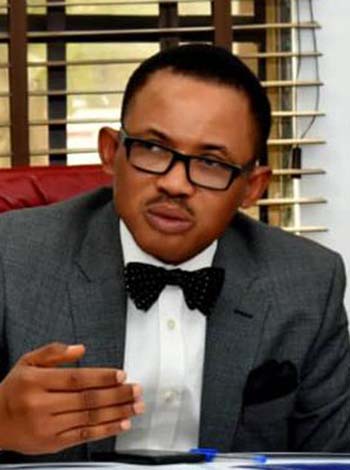 It is no more news that President Muhammadu Buhari on Friday, 25th February, 2022 signed the Electoral Act, 2022 into law. It suffices to recall that the said Bill was signed into law after it has suffered protracted delay and setbacks both from the Presidency and the National Assembly, particularly on the provision of the Bill which relates to mandatory direct primaries.

It is pertinent to recall that during the ceremony, Mr. President voiced his reservation with respect of the provision of Section 84(12) of the new Law. According to the statement credited to Mr. President, he noted that the said provision is in conflict with extant constitutional provisions.

KHe further noted that Section 84(12) constitutes a disenfranchisement of serving political office holders from voting or being voted for at Conventions or Congresses of any political party for the purpose of the nomination of candidates for any election in case where it holds earlier that 30 days to the National Election.

The above reservations credited to the President has forthwith generated reactions, reprimands and diatribe from political pundits, lackeys and constitutional legal minds.

It is on the above premises that it is imperative to pensively consider the provisions of Section 84(12) of the new Electoral Act viz-a-viz relevant provisions of the Constitution in the bid to ascertain the legality or otherwise of the provision of the Act.

Section 84(12)
“No political appointee at any level shall be voting delegates or be voted for at the Convention or Congress of any political party for the purpose of the nomination of candidates for any election”.

Whether the provision of Section 84(12) is in contravention with the provisions of the Constitution of the Federal Republic of Nigeria, 1999 (as amended).

Suffices to also note that varying provisions of the Constitution provide for the disqualification of persons from vying for the post of the senate or House of Representatives if he is a person employed in the public service of the federation or of any State and has not resigned, withdrawn or retired from such employment, thirty days before the date of election. See Section 66(1),(f) of the Constitution of the Federal Republic of Nigeria, 1999 (as amended). See also Section 107(1), (f) of the Constitution with respect to disqualification of a public servant from vying for the position of member of House of Assembly.

It is also instructive to note that a public servant is also disqualified from contesting the position of President, Vice President, Governor and Deputy Governor respectively if same has not resigned from that position within a period of 30 days before the date of election. See Section 137(1)(g), 182(1)(g) of the Constitution of the Federal Republic of Nigeria, 1999 (as amended).

Having stated the above, the perdurable question to ask is whether a political office holder is a public servant under the provisions of the Constitution.

c. Member of staff of any commission or authority established for the Federation by this Constitution or by an Act of the National Assembly;

d. Staff of any area Council

e. Staff of any statutory Corporation established by an Act of the National Assembly;

f. Staff of any educational institution established or financed principally by the Government of the Federation;

g. Staff of any company or enterprise in which the Government of the Federation or its agency owns controlling shares or interest; and

h. Members or officers of the armed forces of the Federation or the Nigeria Police Force or other government security agencies established by law;

The Section also makes similar provisions for public service of the State.

Section 4 article 030402(g) of the Public Service Rules categorically states that “Engaging in partisan political activities” is one of the significant examples of serious misconduct. See also the decision of the Supreme Court in the case of Independent National Electoral Commission v Musa & Ors. (2003) 3 NWLR Pt. 806 pg. 72.

It is quite succinct to state that by the dint of the provisions of Section 318(1) of the Constitution of the Federal Republic of Nigeria as highlighted above, a political office holder is not a public servant or in the public service. See the case of OJONYE V. ONU & ORS(2018) LPELR-44223(CA) where the Court held that political appointees hold office at the pleasure of the Chief Executive and they are not public servants as provided for under the Constitution.

It is apposite to note that the position of the law is that the express mention of one thing in a statutory provision or schedule, excludes the other. See Udoh V OMHB (1993) 7 SCNJ (Pt. 2) 436, 444. Since the Constitution expressly states that a public servant must resign within a period of 30 days before the conduct of the election, the said section does not include political office holders. Hence, political office holders cannot take coverage under these provisions of the Constitution.

Whether Section 84(12) of the Electoral Act, 2022 disenfranchises political office holders as guaranteed under the provision of Section 40 of the Constitution of the Federal Republic of Nigeria, 1999 (as amended)

It must be stated pronto and very clearly too that the right to assemble freely and associate with other persons as provided in Section 40 and the right to form a political party as provided for under Section 221 of the Constitution has not been derogated from by the provision of Section 84(12) of the Electoral Act.

The said provision has not preclude political appointees from becoming a member of a political party or to vote at general elections. It only precludes them from voting as a delegate at the party’s convention and congresses. This regulation only deals with the internal affairs of political parties. Moreso, a political appointee does not hold the office as of right but at the pleasure of the Chief Executive.

Having established the legality of the provision of Section 84(12) of the Electoral Act, 2022, it is pertinent to state that most of these political appointees have ended up using their offices to intimidate political opponents of their principals during party primaries in a bid to retain their jobs.

Moreso, the Section of the Act was designed to create a level playing ground for all aspirants during congresses and conventions. It is instructive to note that the Section does not in any way undermine the rights of political appointees to hold office or participate in primaries or main elections.