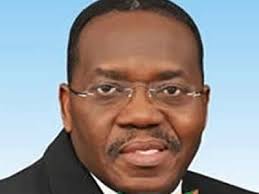 There have been many questions that run through my mind just like every other Nigerians with the major achievements recorded and recently noticed in the power sector. The appointment done by the former President, Dr. Goodluck Ebele Jonathan GCFR and the story of turnaround we have in the power sector at this time calls for critical assessment to ask questions on where we are now and why it took time to get to get here. The procedures and the process used for the turn around still baffles me because the sector has long been condemned as one that can’t be revived due to several Buccaneers in government and outside that benefit from the non performance of the sector.

The unbundling of the sector by the government of Goodluck Jonathan has no doubt ushered in credible private companies who has now taken over power generation, transmission, and distribution. When the Road Map was designed it was the current Permanent Secretary that ensured its implementation and which as by now increased power generation from 4,400 megawatts to 4,500 medawatts. The facts we have shows that their is substantial geometric increase, and which is continuous.

These innovations brought in has enabled the private sector to expand, modernized and upgrade their various plants which was not same when it was solely funded by federal government. Virtually all the major stations like Ugehli power station, Afam, Egbin power stations has doubled its power generation. Shiroro power plant has new units already added, while Kainji has same added over the short time the privatization was concluded by the private investors.

Part of my private enquiry also revealed that the initiative been implemented to ensure the job is well done is the guide against vandals, as the road map also ensures that relevant agencies of government(security) is been mobilized to secure our gas pipelines as that is part of the deliverables expected from government to the private investors, if this were not to be so they wouldn’t have made up their mind to invest such huge some in the power sector which has been moribund over a long time with successive government not giving clear way out.

Of all this, despite the current increase in power generation which is not attributed to rain fall as attributed by some quarters, it is of interest to also note that the private investors has not tampered with the tariff which was initially the major fear of Nigerians that once private sector is involved it will be increased. They are rather still concentrating on increasing the power generation, as stability of the sector is the first mandate.

These were private findings done about the sector under Dr. Ighali, the question that comes to once mind is how did we get to this current state of increase of power generations under this man? Which logic did he use and who are those that worked with him to take the country out of the long days darkness. It was once said that Nigeria is the most darkest country in the world as you can know this whenever you are opportune to fly into the country in the depth of the night, which was as a result of no power generation not to talk of generation.

It’s thus pertinent to call on the man at the centre of it, Dr. Godknows Ighali to throw more light into how these major feats were achieved and what were the challenges as well as when will the story be Uhuru for the country. How was he able to make private sector shun the many problems that usually scare investors away to invest In the sector. These and many more are begging for answers from Dr. Ighali who is the current permanent sectary of power sector, and also does he have idea of the road map of the current government as to either will they sustain it or draw up another one. These and several others questions are begging for answer from Dr. Ighali.