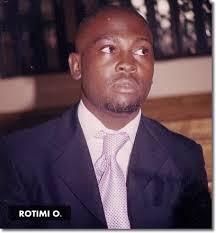 Exactly nine days from now, Nigeria will be going to the polls to either in the slogan of the All Progressive Congress, APC, effect change or in the parlance of the self styled largest political party in Africa, the Peoples Democratic Party, PDP, retain President Goodluck Jonathan under the umbrella of forward together- however no matter the outcome of the election, things can never be the same again in Nigeria, not anymore.

Since 1999, when the country returned from the last cycle of brutal military governance and the Peoples Democratic Party won the elections and since retaining power in 2003, 2007, 2011, never has the party struggle like a man who is drowning yet desperately holding to anything in sight just to stay afloat. But the question that lots of analysts have asked is for how long? It appears the party is in the thrones of death/electoral defeat. A party whose reputation is anything from complimentary with the common man, a party which has had the unique opportunity of transforming the lives of the citizenry for good but have rather in a brazen manner added miseries to the lives of the people is currently running from pillar to post to justified itself and retain itself in power for another four years. They would not easily want to answer to the charges “the banality of evil” which it has foisted on the society.

A party that has led the country for the past 16years with a dossier never mindful of a sense of national history but all out to protect itself, members and friends even when such is against the national interest. A party never inclined to regulate political behaviour and practice with any form of decency. Once it is in the interest of the family then it is good. The recent confirmation of Musiliu (Oba)nikoro has once again, confirmed that with the party, morality is never a factor in its dealings. Here a man allegedly implicated in the electoral rigging in Ekiti, not subjected to any form of inquest to ascertain or disprove his culpability but is rather and quickly confirmed as a Minister of the government of the Federal Republic of Nigeria leaves a sour taste in the mouth. Many of the infamous acts of the PDP are well known but it becomes mind boggling when the current administration is hailing itself as transformational in spirit and indeed.

The PDP, in all of its history have chosen to act with duplicity and made lots people to question man’s ability to govern themselves through any form of rationality. Its ideology it seems is to make nonsense of the timeless democratic tradition of the superiority of a sound market place of idea. In the critical choice which stares the country in face, the party’s goals are still anachronistic in all its ramifications. Rather, they in the PDP are still committed to the politics of fear, war mongering, secrecy, cronyism and blind faith in maintaining the present order, an order that lacks integrity. Like a tribe bonded by blood, they would rather the lunacy of the present which poses a grave danger to our republic endures-all for their own sake alone. It is now clear that the party is committed to rolling back civil liberties as some of their officials have vowed to resist any outcome that is not favourable to their party. Clearly, democracy is hanging precariously along a dangerous curve and all that is not worrisome to them. We face a critical choice and anything short of allowing the peoples will to create an opportunity for a flourishing of a new political order will be a grave mistake.

The risk of the people of Nigeria not holding the government of the PDP to account is rather too high even in the face of campaigns of hate, harassment, intimidation and comedy which officials of the Party have subjected, WE, the Nigerian people to. The challenges of governance is however not new but has been accentuated by the “I don’t give a damn attitude of the President” and the reported incidences of massive corruption under his watch. This government has the dubious title of treating corruption with levity and ridiculing the people with tepid excuses like no other in our tortuous history.

The incumbent President, Goodluck Jonathan, rode to power on an unprecedented manner with the promise to initiate transformation. Alas, what is transformational about the way and manner things have been done under his watch? Corruption is pervasive and appears festering like never before.

For the sincere people who trooped around the country calling for Jonathan to be elevated to the presidency during the time of ailing president Yar’Adua and affirming his right to run for the presidency in 2011 and even now in 2015, it is gross disappointment. For them, Jonathan- who was their daring in the recent past-can be said to be anything but their hero. The fact speaks for itself in this regard and no offence is intended.

Whatever achievements that his henchmen advance for his right to re-contest, which is within the ambit of the constitution of the 1999 constitution as amended is modest when juxtaposed with the available resources since his presidency began 4 or 6years ago as the case may be.

When questions are asked about his performance in office, megawatts of lies are advanced to mislead and in some instances outright insults are passed to bury the curiosity of the people. Agreed, President Jonathan has recorded glaring achievements in some areas like the recent military onslaught against the terrorist in the North-Eastern part of the country. The Nigerian people were initially dazed by his handling of the crisis. We recall with fond memories the heroic deeds and sacrifices of our troops from years of yore in Burma, Abyssinia, Congo, during the Biafra-Nigeria (un) civil war and several instances of their deployment during internal operation from the Tiv uprising in the 1960s, operation wetie in the South West, tackling the militants in the South-South and the ethnic and religious conflagrations in the Middle-Belt (Jos). Our troops have an excellent tradition and displaying uncommon valour and discipline over the years. Her contribution to global peace and security is second to India. Their recent achievements against the insurgents is however commendable but there are concerns that the President deliberately flushed the BH elements to score cheap political points on the eve of an election. Imagine the thousands that have been killed, displaced and maimed since the insurgency began? Imagine the colossal destruction of properties and despoliation of the lands affected by this scourge, called Boko Haram.

If the road to the 2015 polls have been paved with much hatred, rancour, indecency, incitements to violence and attempts to discredit the outcome by staining the head of INEC and other inchoate actions of highly placed persons in the society such as the first lady, madam patient Jonathan openly calling for people who chant change to be stoned then things might never be the same again, post 2015 polls.

Whoever is President on account of the impending election will not have it rosy again. Nigerians, distraught in their thousands are encumbered by memories of failed promises and abuses of public trust by successive governments are now alert and vigilant. Not anymore will Nigerians swallow on the face value utterances of government officials; never shall the gullible machination of the recent past be allowed to flourish again. The people by recent surge of political consciousness will hold the government to account like never before. A people long subjected to serial abuse are on the verge of taking their pound of flesh and the government is now jittery.

It is a chilling reality which no amount of threat, intimidation, harassment and malfeasance will deter. The people are poised to seek redress with their vote. The chant in the air is CHANGE, not so much because of the alluring prospect of any miracle but knowing that things cannot endure for long under this atmosphere that is anything but a breath of fresh air. The vote for change is informed by the fact that the yoke of corruption, violence and the slide into a complete state of anomie is horrific. It is a vote to stop an impending cardiac arrest.

A vote within the available democratic channels with room for manipulation and possible flaws will not make the people, voter apathy. It is a vote informed by sober evaluation and reflection in the face of claims and counter claims from the political actors.

It is time for change. A time to ask sincere questions and to end the rein of regional mafia gangs with pockets of supporters from other parts of the country. A time of so much caution, yet a time to reserve for the renewal of our country.