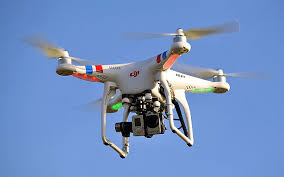 “Whatever one thinks of the justifiability of drone attacks, it’s one of the least ‘brave’ or courageous modes of warfare ever invented. It’s one thing to call it just, but to pretend it’s ‘brave’ is Orwellian in the extreme.”Glenn Greenwald

The Italian government has quietly began allowing armed American drones to fly out from its soil at the Sigonella station (a NATO and U.S. naval air–base) near Catania in Sicily, Italy for military operations against (allegedly) the Islamic State in Libya and across North Africa. This is a breakthrough for Washington, as after more than a year of negotiations, Italy backed down and surrendered. Although the American media, through a political message, is trying to minimise this abuse by calling it ‘defensive’, it is not difficult to note the falsity and hypocrisy of such pretensions, as U.S. officials are constantly pushing for drones destined for offensive operations, while reports say that the Pentagon is attempting to persuade the Italians to allow the drones to be used for offensive operations, too. The ‘Al-Arabiya’, Middle East newspaper, reported that neither Italian Prime Minister Matteo Renzi’s office nor U.S. defence officials responded to requests for comment..

So, while European officials have remained reticent to intervene more fully in this highly factionalised and destabilized country, Italy has become a base for armed U.S. drone operations in Libya. And this time without any United Nations sanctions!

So now we have arrived at the Age of Drone Wars, the latest technological warfare, as the weapon of choice of most advanced countries – and right on our doorstep

Although we are more than concerned and worried about our Italian neighbours, we don’t want to meddle in their internal affairs. If Italian Prime Minister Renzi is in any way risking or endangering the safety of his people, through any possible retaliatory terrorist actions on his country, is surely the affair of Italians and none of our business. This rests solely on the concern, judgment and reaction of his own countrymen. Hopefully, we wouldn’t have to cancel any plans we might have had for a pleasant night out in Rome!

However, as our country lies in direct line between these warring countries (Italy and Libya) any implications and repercussions through this situation may eventually concern and immerse Malta in serious trouble. We do not feel confident in asking anything of Renzi, though it would not be amiss to know if any considerations in any part of the negotiations had been given, before taking this dangerous step, of any possible or probable spin-off to be borne and suffered by other neighbouring countries.

But notwithstanding all considerations, we feel it incumbent to indulge in striving hard to know what OUR government perceives and acknowledges of this situation. We could not wait to get any internal official information, which after all should have even been divulged to the public before our knowledge from foreign sources. Are there any possible implications for Malta? And if so, how grave could these be?

And so, while we are stupidly bickering on whose swimming pool is the largest, we have, most probably, agents of death flying over our heads while we are peacefully(?) slumbering our lives away! If our population is dormant, could we, at least, dutifully be informed of such more serious and worrying matters?

Unfortunately and very often, this stunning silence by our government on matters of grave national concern is divorcing our civil community from its elected administrators.

In this specific case, we feel that it is our duty to ask responsible authorities to enlighten us of our situation and of any eventualities. The Minister of Home Affairs and National Security and the Minister for Foreign Affairs are explicitly obliged to furnish the public with all relevant available information and not shoulder further additional responsibility for the needless secrecy of any data and any defensive and protection measures.

The most pertinent questions would include, among others, the following:

Was our government involved, in any, way, in the decision taken by the Italian government, considering the friendliness and goodwill existing between our two countries?

Is our air-space being violated through the trajectories of these drones? Or was previous permission requested and granted?

Is Italy offering any insurance cover in the case of any mishaps?

How conversant and observant is our government of the legislation governing ‘airspace in an age of drones’?

Why do I get the feeling that there’s about to be a sharp increase in reported attacks on special forces engaged in anti-ISIS missions?

Brussels attack hits all of Europe‘, EU leaders say, in which case, blunders committed by any one member puts all in danger of reprisals. As Albert Einsterin had predicted “It has become appallingly obvious that our technology has exceeded our humanity.”

Most probably, the majority of the Maltese population hardly know what’s going on and much less the reason and technicalities of these ongoings. Still, we have a right to know what our government knows! Telling us that ‘there is nothing to worry about’, surely is not enough to put our minds at rest!

“Our technological powers increase, but the side effects and potential hazards also escalate