Leader of  the Northern  Emancipation Network, Abdul-Azeez Suleiman has applauded the Vice President, Arch. Namadi Sambo, over his recent reconciliation moves, saying the opposition All Progressive Congress (APC) is becoming jittery because of the successes of the reconciliation efforts.

Suleiman observed that the successes  by Vice President Namadi Sambo in reconciling grievances resulting from the PDP primaries is already making  the opposition jittery. 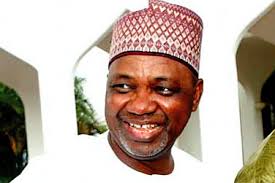 Suleiman, who spoke to journalists in Abuja, said the VP’s successful outings in Lagos, Zamfara, Kaduna, Yobe and Kebbi states are confirmations that the PDP is one united family and remains the party to beat.

Suleiman also said he has been following the VP’s efforts, specifically commending his success in Yobe where Adamu Waziri and former minister of state for finance, Yarima Ngarma were reconciled.

“Party primaries are internal civil wars that destroy party structures  if not handled properly. PDP’s ability to confront and successfully address  the  grievances that arose from its primaries, gives further credence to its claims to being the only party with entrenched internal democracy systems,” Suleiman said.

He posited that in spite of its desperation, the opposition APC could not contain the crises resulting from its primaries in Ogun, Katsina, Bauchi and  Oyo states among others,  therefore, remaining porous  in most states.

Suleiman who predicted a landslide for the PDP in 2015, said the opposition   going into the race with a house of cards that will crumble when the  chips are finally down.

“You  can see that the VP is making swift inroads into the south west in addition to his firm grip of the north while President Jonathan’s hold on the south-south and south-east remains unshakable,” he added.