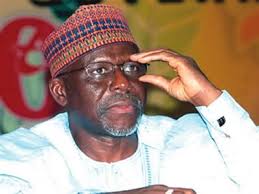 By Sadiq Umar – The Peoples Democratic Party (PDP) in Kogi has called for an investigation into the sudden death of Audu Abubakar, the All Progressive Congress (APC) candidate in the last Saturday election in the state.

PDP Chieftain in the state, Farouk Adejoh who spoke Wednesday on a Channels Television morning programme monitored in Abuja, said the PDP was curious at the circumstances of Abubakar’s death, describing him as “hale and hearty” before the Saturday election.

“One of the conditions for one to be a candidate in an election is for you to be certified healthy. We are not aware he was sick, before and during the election if we do, that would have been a campaign issue.”

“Some people said he vomited blood, some said he had cramped stomach, nobody has come to tell us what killed him,” Adejoh queried, asking that the death be probed into.

He also argued that Abubakar’s running mate, Abiodun Faleke can not inherit the votes won by APC in that election, saying instead that the PDP, Governor Idris Wada should instead be declared winner as the candidate with the second highest votes.