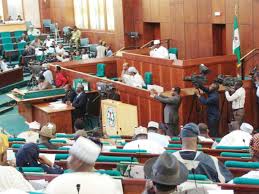 By Sadiq Umar – The Peoples Democratic Party (PDP) has commended the National Assembly for its swift response to the party’s appeal to open an independent, full-scale investigation into the circumstances surrounding the abduction by Boko Haram of 110 schoolgirls in Dapchi, Yobe state.

The party said the House’s decision to investigate the incident underscores the legislators’ consensus for an unbiased probe, particularly against the backdrop of speculations of conspiracy theory, conflicting reports and disagreement among government officials and agencies on the matter. 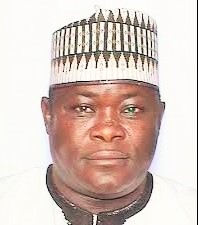 The National Publicity Secretary of PDP, Kola Ologbondiyan, in a statement on Thursday, said the party took cognizance of the fact that the House of Representatives, in approving the motion by Rep. Bukar Goni Lawan (APC, Yobe state) representing Bursari, Gaidam, Yunusari Federal Constituency, shared the apprehensions that there could have been a deliberate design to hide the facts of the matter, which underpins the demand by Nigerians to know the truth.

The party expressed confidence in the ability of the House of Representatives to come up with credible report on the incident.

It urged that in carrying out its investigation, it must not to lose sight of the submission from Mr. Lawan, which collaborates the claims by Yobe state Governor, Ibrahim Gaidam, that the abduction was preceded by the withdrawal of troops guiding the area, insisting that a thorough inquest must be made to unravel who ordered the withdrawal and for what purpose.

“The House of Representatives panel should also take critical note of the submission by Rep. Lawan, that no proactive measures have been put in place to provide security to the people despite cases of violent attacks in the area.

“Nigerians are eagerly looking up to the National Assembly for credible findings, particularly following the raging disagreements and blame game among security agencies involved in the provision of security in the area.

“This is more so as Nigerians have lost faith in the investigative committee set up by the APC-led Federal Government on this matter as reports from various other committees set by this administration on important national issues have never been implemented by the government.

“Nigerians can recall such committees, including Presidential committee on Asset Recovery, Committee to Audit Defence Equipment Procurement, Presidential Investigative Committee on Osborne Towers, 17-Man Committee on Fact Finding Mission to Rescue Nigerians trapped in Libya, the Presidential Committee on Northeast Initiatives and the committee set up to oversee the rebuilding communities affected by herdsmen/farmers conflict among many others.

“We believe more in the House of Representatives as the reports of the various committees set up by this government have their reports gathering dusts on the shelves.

“It is on this note that the PDP strongly urge our federal lawmakers, acting upon the powers conferred on them by the 1999 Constitution (as amended), to summon and investigate relevant security agencies, cabinet ministers and all other officials whose assignments dwelt on the abduction.

“We also charge the House to unravel the source of the misleading rescue report which frustrated immediate actions that would have led to the actual rescue of our girls.

Finally, the PDP will continue to monitor and take stock of developments in this matter even as we continue to call on security agencies to work harder in the all-important task to rescue our daughters as well as end the bloodletting that have become an everyday occurrence in our dear country,” the statement added.