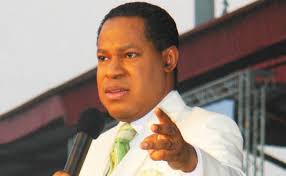 By Dipo Awojobi – Some Nigerians have attacked the religious views of the General Overseer of Christ Embassy, Pastor Chris Oyakhilome on gender equality.

A Facebook post on the official page of the church’s online ministry, last Sunday, cited an excerpt of the clergyman’s message titled ‘Who is a husband and what is his role?’, in which husbands were defined as “masters” as opposed to “male partners.”

Oyakhilome’s ex-wife, Anita, had on February 8, finalised her divorce from the pastor and dropped his last name for “Obhodaghe.”

Her lawyers confirmed the divorce earlier this year, following months of speculation that there was trouble in their marriage.

Anita, who had cited irreconcilable differences while filing for divorce, also severed ties with the church.

But Oyakhilome, in his message on Facebook, said the reason for most problems in Christian marriages was a refusal of God’s definition of marriage by women.

He said, “They believe they are equal partners. (But) ‘husband’ does not mean the male partner in a marriage, husband means master.

“The Bible says the man is the head of the woman (1 Corinthians 11:3) so when you marry him, you come under his authority. You are not authority sharers, even though you are both heirs to the kingdom of God.”

According to the pastor, when one decides not to subject oneself to that authority, one becomes a rebel.

“God is not going to accept what you are doing because you are not functioning correctly. Why did God make the woman? If most women had fathers bold enough to talk to them, they would be very successful in their marriage and they would be very happy people.

“Most women have never been taught by their parents, their fathers particularly and that’s their biggest problem because they don’t know who a man is. They think he is another woman,” he said.

The message went viral on many platforms.

Oyakhilome’s stance received backlash from some Nigerians, who expressed their disagreement in the comments section of the post.

Blessing Meteke said, “Unfortunately, this is the type of preaching that millions of Nigerians listen to. ‘Making a woman was not God’s original plan. When a husband is angry, the wife is the victim.’

“This is what men adhere to and they make their wives and daughters-in-law slaves in their own homes. Misogyny has eaten deep into several Nigerians and they use the Bible as a cover-up. This is not only disheartening but exasperating.”

Babalola Olusegun added, “Can the pastor explain Genesis 1:27, because looking at the passage, God put women in His plan even before creating them. The man should remember that the woman is removed from his ribs, which means the man is not complete without the woman.”

Jane Onyejiaka also said, “Some points in this sermon are flawed, with all due respect. I will never teach my sons that a woman is an afterthought. God doesn’t do things for doing sake. Anyway, he is a pastor, not God. I always sieve what I read and I take the good and leave the rest.”

Similarly, Ekaette Essien said, “I didn’t see any advice for men here. Making a successful home should not be a one-sided thing. It should not rest on the shoulder of only the women. A man who loves his wife will surely earn respect from such a wife.

“If you are a boss-type husband, surely rebellion awaits you. Let’s be real, please. Even God who created us does not act like a boss to us. He loves us; that’s why His children have to obey and respect Him.”