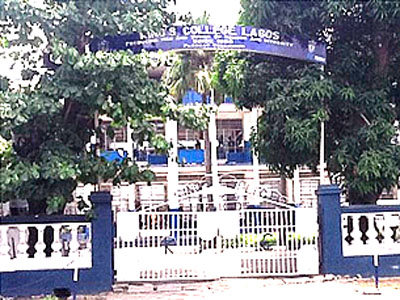 News Investigators/ Some parents have expressed worries over the delay in the admission into Federal Government Colleges, even as parents alleged discrepancies in the process.

They have also disapproved the conduct of supplementary examination for candidates who were earlier admitted.

The parents, who spoke with the News Agency of Nigeria (NAN) in Abuja on Thursday, called on the Federal Ministry of Education to look into the process as academic session has begun.

One of the parents, Faith Ndubuisi, alleged that some names which on the admission list of the Federal Government College, Keffi, were later removed.

Mrs Ndubuisi said having discovered this, she approached the school to see the master’s list of admitted students but was initially denied access to it.

She said that after much pressure the master’s list was produced and her child’s name was on it.

Mrs Ndubuisi said the removal of some names from the list aroused suspicion and this angered parents.

She added that the school later told parents of affected candidates to buy supplementary forms to have their names restored on the admission list.

She said this development was very wrong as she regarded it as an act of exploitation.

“My daughter’s admission letter was printed out and we went to the Federal Government College, Keffi, for them to give us prospectus and other necessary things.

“When we got there, we didn’t see my daughter’s name on the list they pasted on a notice board but I insisted to the master list before the school finally released it.

“The names of some students who were offered admission were removed and they were asked to buy supplementary forms,” she said.

She said that there was a need for the ministry to be aware of this development, pointing out that this would help other students in similar situation to get admission.

Another parent, Rose Odoh, said her son who wrote the supplementary examination was still awaiting admission.

Mrs Odoh said that though many other students had started receiving lessons those who have yet to be admitted were still at home awaiting admission letters.

According to her, it is two weeks into the new academic session and these children are still at home. How will they cope if given admission later.

She added that the delay in the release of results for admission process should be looked into so that all the children could be taught at the same pace.

Also, a parent, who pleaded anonymity and whose child scored 174 in the last National Common Entrance Examinations (NCEE) into the Federal Government College, said her child has not been given admission.

The parent, who said he did not know the reason for the delay in given the admission, pleaded with the ministry to offer admission to those who merited it.

Also, Enwereuzor Uzonna who scored 184 in the last NCEE and sought admission into Kings College, Lagos, had not been offered admission.

When NAN brought this case up at the Federal Ministry of Education, Abuja, the Director, Press and Public Affairs, Mr Ben Goong, said the conduct of supplementary examination was an official action, hence schools could do it.

“If for whatever reason the name is not on the admission list and I checked and I cannot find it then what do I do, do I write the name with biro. If I am doing that, then it is wrong.

“The matter of whether the supplementary form should be put in place is official and schools can do it,” he said.

Mr Goong added that though the ministry was trying to discourage such act but schools who had not met their admission ceiling could write to the ministry indicating permission to conduct supplementary examination for candidates.

According to him, through their supplementary list examination, the names can be added to the admission list.

“If after the normal examination the school still has some spaces left they can have the supplementary examination.

“So, there is no shady deals in it because the supplementary form cannot be more than N1,000. Though, I am not trying to justify it but if you go to any school, what they are doing is within the ambit of what they are to do,” he added. (NAN)