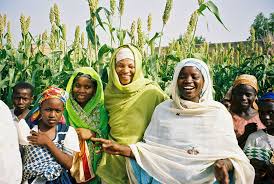 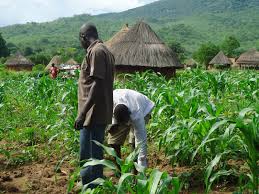 Mr. Sebastian Shikel, the Country representatives of Oxfam, said the inputs were being done in collaboration with the state government and the European Union.

Shikel said over 20,000 small scale farmers would get the farming inputs in the state.

“Today, a total of 4,800 bags of fertilizers, 486 water pump machines and improve seedlings is being distributed to the farmers under the project, the programme is aimed to support 20,000 farmers from four local government areas. The other two local councils are Song and Yola,” Shikel said.

The Acting Governor of the state, Mr. Martins Babale, said the government collaboration with Oxfam would enable it deliver its core mandate of eradicating poverty in the state.

He said that the partnership would enable the government reach the farmers directly and prevent acute food shortage during post-harvest seasons.

The Commissioner for Agriculture, Alhaji Ahmadu Waziri, commended Oxfam for the gesture and reiterated the ministry’s support to the farmers to enhance food security in the state.

Waziri called on the beneficiaries to judiciously use the inputs to improve their living condition and ensure food security.

Oxfam currently operates in more than 90 countries and has been doing so in the last 70 years.